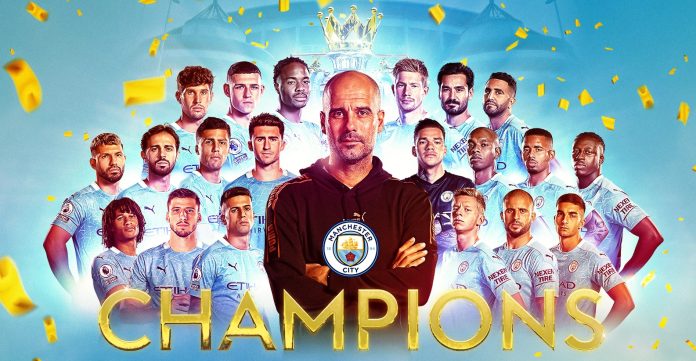 Manchester City have been crowned champions of the 2021/2022 Premier League season after overturning a 2-0 deficit to defeat Aston Villa 3-2.

Villa had taken the lead at the Etihad in the 37th minute through Matty Cash, and seemed to put the Champions elect’s title challenge in jeopardy when Phillipe Coutinho scored a second goal in the 69th minute.

However, City sprung to life in the 76th minute, scoring through a Gundogan header to reduce the deficit. The score was then evened two minutes later when Zinchenko laid the ball off to Rodri, who calmy finished.

City took the lead in the 81st minute when De Bruyne pounced on a Mings error to surge into the box and pull the ball across goal for Gundogan, who again arrived at the back post to turn it into the net with a close-range tap-in.

Liverpool missed out on the title by just one point, finishing with 92 points to City’s 93.