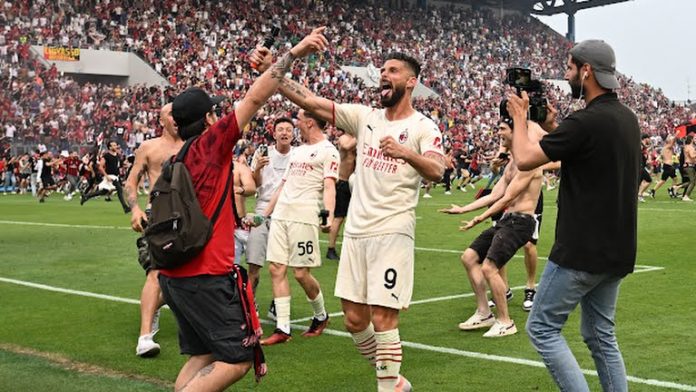 A win was all they needed heading into the final day, and they rose to the occasion, ending their season two points clear of city rivals Inter.

There were no nerves evident as Milan dominated from the off to seal the Scudetto on the final day of the season.

Olivier Giroud and Rafael Leão were the heroes, combining twice to put the Rossoneri into a comfortable lead. Leão twice squared from the left and found Giroud, who swept home both times and set Milan on their way to a long-awaited day of celebration.

Leão wasn’t done there and found Franck Kessié with a similar assist, this time from the right, for a third goal.

In complete control, it looked like Zlatan Ibrahimović would seal a fairytale ending with a goal 13 minutes from the end, but Leão — who thought he had a fourth assist of the game — made his run just too early in the build-up.