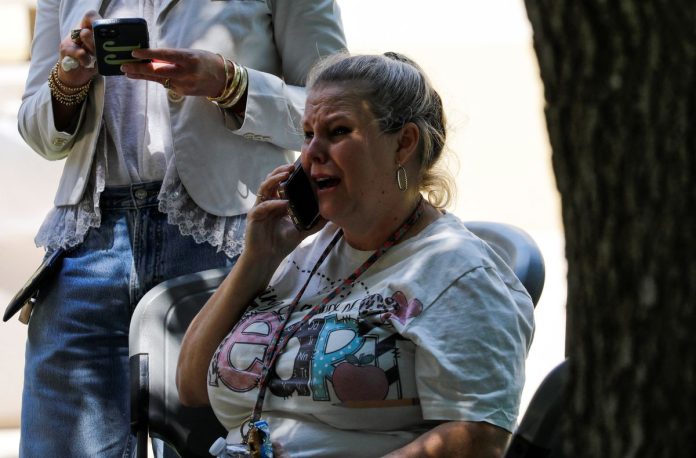 A gunman opened fire at an elementary school in South Texas on Tuesday, killing 14 students and one teacher, Governor Greg Abbott told reporters.

Abbott said the suspect, who he identified as 18-year-old Salvador Ramos, was himself killed, apparently by police officers responding to the scene.

Official details on the circumstances of the midday shooting remained sketchy in the immediate aftermath of the violence, which unfolded at Robb Elementary School in the town of Uvalde, Texas, about 80 miles west of San Antonio.

“He shot and killed horrifically, incomprehensibly, 14 students and killed a teacher. Mr. Ramos, the shooter, is deceased and it is believed that responding officers killed him,” Abbott told a news briefing.

The gunman drove up to the school and entered with a rifle and a handgun, CNN reported.

University Hospital in San Antonio said on Twitter it had received two patients from the shooting in Uvalde, one child and one adult. Both patients, a 66-year-old woman and a 10-year-old girl, were listed in critical condition.