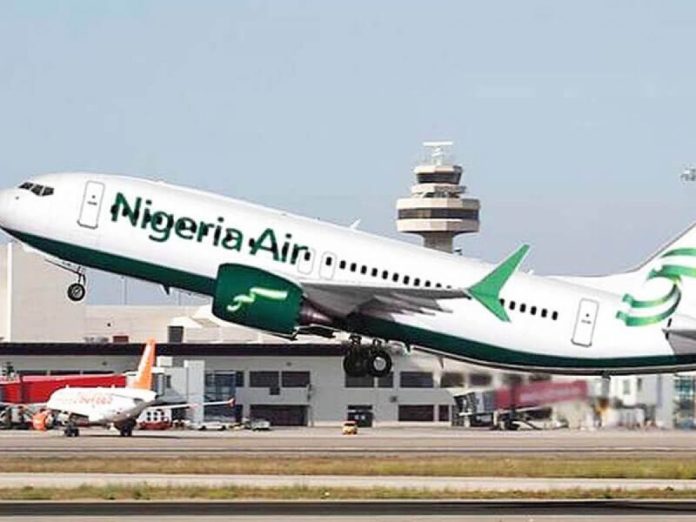 With about one year to the end of the current administration, the much anticipated Air Nigeria has failed to commence operations despite the promises by President Muhammadu Buhari-led Federal Government.

Air Nigeria, which was established in 2004, was a joint venture between Virgin Group and Nigerian investors before ceasing operations in 2012.

The ‘Presidential Aviation Roadmap’ was launched in 2016, along with a new national carrier aimed at developing cargo airports, a new Maintenance, Repair and Overhaul (MRO) facility, a national leasing company and other initiatives.

In November 2021, the Minister of Aviation, Hadi Sirika, assured that Nigeria Air would be launched in April 2022 after the Federal Executive Council (FEC) gave approval.

Sirika said Nigeria Air ownership would comprise 49% by equity partners, 46% by Nigerians and 5% by the Federal Government.

President Buhari made the operation of a national airline one of his Presidential campaign promises, setting an initial launch date of 2018 but was pushed to April 2022.

It is believed that Air Nigeria would have cushioned some of the crisis bedevilling the country’s aviation sector. The cost of air travel in Nigeria recently increased astronomically due to the hike in the price of aviation fuel, Jet A1.

The cost of Jet A1 shot up the cost of aviation operations to over 95 percent, thereby causing hardship to passengers.

Speaking on this development, Isaac Balami, the Managing Director and Accountable Manager of 7 Star Global Hangar, said the government would have been more informed about the plight of the aviation sector if Air Nigeria had commenced operations.

Balami stressed that the Nigerian aviation sector would have been better than what it is now if Air Nigeria had been in operation.

Speaking exclusively with DAILY POST, the former National President for Aircraft Pilots and Engineers in Nigeria said: “The aviation sector is not just going to the garage to pick up a new car in Coscharis or Elizade. Aviation is different; even if you have a brand new aircraft manufactured that takes years, you need special equipment and tools to operate them. You still have to train your pilot, engineers, technicians, air hostess, flight dispatchers, and baggage handlers. So, it has a lot of technicalities which I believe the government has been trying to work on

“Since Nigerian Airways went down, we have been struggling as a nation in terms of training aviation personnel. Aviation is beyond just the airline; when you have a national carrier, the government must not become a flag carrier, an example is American Airline, and Delta Airline; they are not US government-owned, but are privately owned.

“As a matter of fact, British Airways is not 100 percent owned by the government; it’s privately driven.

“So, whether you call it a flag or national carrier, if the government understands what is required of them, then laying the foundation and putting basic things on the ground, it will positively affect the airlines itself and the national leasing company.

“We hope that, as the Minister of Aviation said, it’s going to happen this year before the elections; we want it to work so that jobs will be created. We also want local airlines like Dana, Air peace, and Arik to be carried along, because I don’t think that the issue of having a national carrier is to kill the local domestic carriers that have been there for us all these years.

“You know, aviation is not just about buying cars and starting to drive them to work.”

Belamy also affirmed that Nigerian Air would have cushioned the crisis in the aviation sector if it had been in operation.

He said: “It will because the government has a stake, even if it’s just 5 percent in the proposed national carrier. If they are there on the board, they would know what is happening and clearly know that things are tight.”

“There is nothing wrong with the government having a small stake in feeling what the people are going through. We won’t be where we are if we have a robust flag carrier. There would be some incentives and support that are not happening the way they should, so we wish something better happens soon,” he added.