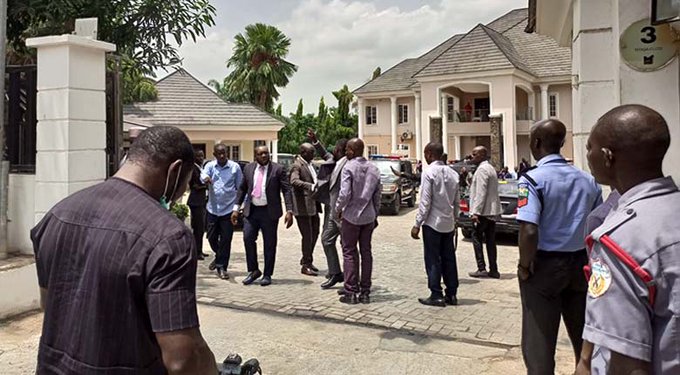 The anti-graft agency team stormed the residence of the former governor in the Maitama area of the Federal Capital Territory (FCT) to arrest him.

In a video retrieved by AF24news, the EFCC operatives were seen within the premises of the former governor.

They insisted that Okorocha, who is seeking to contest the presidential election on the platform of the All Progressives Congress (APC), should submit himself for arrest or honour a long-standing invitation to their office.

After a long standing invitation from @officialEFCC, the APC Presidential Aspirant is being held at his home. EFCC Spokesman is yet to comment on reasons for Okorocha's arrest.

According to them, none of the members of Okorocha’s family would be allowed to leave the compound until they produce the former governor.

The operatives, who were later seen screening people going out and coming into the premises, also warned the mobile policemen attached to Okorocha to withdraw from the residence.