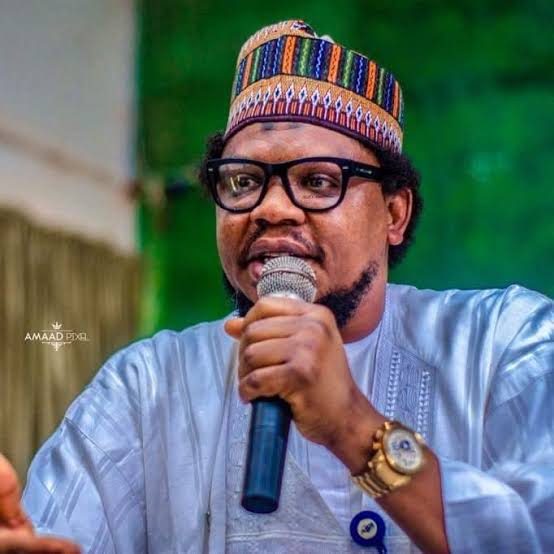 Former All Progressives Congress presidential aspirant, Adamu Garba, has said that all the people from Northern Nigeria living in Anambra State in the Southeast region of the country must leave the state with immediate effect.

Garba, who is now a presidential aspirant on the platform of the Young Progressives Party, said this on his verified Twitter account, @adamugarba on Tuesday while reacting to the killing of a woman and her four children identified to have hailed from the North.

They were killed by gunmen in Anambra last Sunday. Garba identified the woman as Fatima from Adamawa State in the Northeast region.

The outlawed separatist group in the Southeast, the Indigenous People of Biafra (IPOB) has been accused of being behind the murder of the woman and her children, but the group has denied the allegation.

In his tweet, Garba said, “In the whole world, there’s never a terrorist organization that is as cowardly as IPOB. More so, there are no ones (sic) given unto self-destruction than their silent supporters.

“The gruesomely murdered Fatima & her kids are from my state, Adamawa. I mean are we really in same country?

“The double standard is unimaginable. It seems like lives in Nigeria have two grades.

“Worst is, the govt can’t & won’t do nothing about it.

“The faster we realize that Nigeria need complete political decentralization and everyone should take care of their regions, the better for us.

“Why can’t people like Fatima and other people endangered in Anambra come back home since the govt won’t protect or even care about them?

“We should stop pretending or trying to be politically correct. This country is not designed for equality and fairness to all citizens.

“The concept of everyone can live everywhere is constantly attack by terrorist (sic) like IPOB & their silent supporters. While our people keep dying.

“Until & unless a strong government is put in place, which will guarantee protection of lives & properties of Nigeria anywhere they are, citizens have right to vacate where they are endangered.

“Hence the need for the likes of late Fatima to come back home where they are valued.

“Let all the people of Northern Nigeria vacate Anambra state with immediate effect. Retweet if you agree.”

But reacting to Garba’s tweets, one of the main opposition Peoples Democratic Party (PDP) frontline presidential aspirants from Anambra State, Peter Obi berated Garba for calling on Northerners to leave the state whereas he (Garba) applauded the killing of the 200-Level female Christian student of Shehu Shagari College of Education, Sokoto, Deborah Samuel over alleged blasphemy of Prophet Muhammad.

The former governor of Anambra State wrote, “I detest and strongly condemn the killing of Fatima and her kids in the South East.

“Howbeit, I want to ask: why didn’t you compose this type of epistle when Deborah was killed in the North? Stop playing this stupid card of yours and let’s collectively condemn all killings.”

Fatima before her death lived in Orumba South Local Government Area of the state with her four children. However, her death has reportedly led to a mass exodus from the area as residents expressed fear of reprisal.

Meanwhile, IPOB has repeatedly denied being responsible for the killings going on in the region. The leader of the group, Mazi Nnamdi Kanu, had issued a warning to gunmen operating in the region to stop, repent or be ready to face the wrath of Biafran law.

Also, Kanu when the state governor, Chukwuma Soludo, visited him in the Department of State Service custody in Abuja last week, said that those carrying out attacks and killings in the region are not members of IPOB. He added that he never created the group to shed blood.