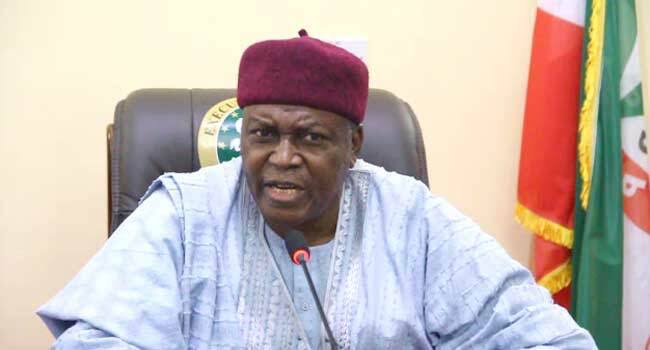 Taraba State Governor, Darius Ishaku, has emerged as the candidate of the Peoples Democratic Party (PDP) for Taraba South senatorial district in the forthcoming general elections.

Despite nominating the governor as its consensus candidate, the party still conducted a primary where 158 accredited delegates cast their ballots, recording 154 valid votes and four invalid votes.

The exercise was conducted on Monday at the township stadium Wukari Local Government Area of the state, in a bid to avoid future litigations.

In his remarks, Governor Ishaku assured the people of purposeful leadership by changing the narrative at the Red Chamber when elected, to right the wrong in the economy, and insecurity, and give hope to the downtrodden.

He promised not to abandon any project for his successor and commended the peaceful conduct of the party’s primary elections across the state.

“We have indeed done our best and the remaining one year will be to conclude all the projects started, commission them, and make sure we do not leave any project behind for the incoming administration,” the governor said.

“I am indeed grateful to all of you in Taraba State for the honour to be your governor so far, and the additional honour to move to the Red Chamber. I want to assure you that we will do our best to hand over the state to able hands and also transit to the Red Chamber where we hope to do even more than we have done before.”

“I want to appreciate them in Southern Taraba for giving me a ticket without stress, nobody competed with me at all and what they did is an affirmation that I should proceed to the Red Chamber; and I have no doubt at all that I will be there. I call on the people of Taraba State to be peaceful in all our engagements because it is only when you’re peaceful that you will get development.”

Unlike in the South, the central zone had four contenders including Manu, Dahiru Bako, Muhammed Abana, and Bitrus Maikidi.

Two of the contenders – Bako and Maikidi, however, stepped down for the deputy governor before the exercise began.

Manu later won the contest after polling 143 votes to beat Abana who had zero votes with 10 votes recorded as invalid.