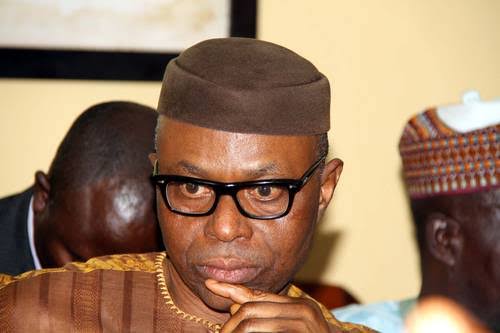 Senator Ayo Pius Akinyelure, representing Ondo Central Senatorial District in the National Assembly, has claimed that a conspiracy led to his defeat in the Peoples Democratic Party, PDP, senatorial primary.

According to Akinyelure, a former Governor of Ondo State, Dr. Olusegun Mimiko, was behind his defeat.

On Monday, Chief Ifedayo Adedipe, a Senior Advocate of Nigeria, SAN, defeated the second-term Senator who was seeking a third term.

The PDP Senator, while expressing displeasure over the development, said, “I did not expect to be paid this manner for the amount of work I did for the Ondo Central Senatorial District. But I’m on a mission that no one can stop.”

“As a ranking Senator and with everything I’ve done for them in the Ondo Central Senatorial District, the three ad-hoc delegates who supported Olusegun Mimiko were given instructions to vote me out,” he said.

He added that “I understand what I’m talking about. In the Central, we have six local governments and by the grace of God, I am still a Senator. This makes me pleased, but I know that God will never let me down.”