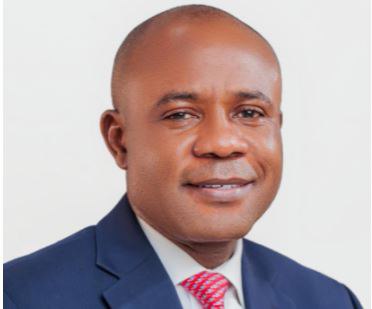 An Elder statesman, and former Governor of old Anambra State, Senator Jim Nwobodo, on Tuesday, declared that after due consultations, Mr Peter Mba has been identified as the right person to succeed Governor Ifeanyi Ugwuanyi.

This came after months of speculations on who will take over from Governor Ugwuanyi in 2023.

But in less than 24 hours to the governorship primary election, Nwobodo has now revealed that Mba is the chosen one.

He broke the news during a press conference at his Amaechi country home, where he also disclosed that another aspirant, Senator Ike Ekweremadu has accepted to support Mba.

He said he held a meeting with a number of the aspirants from Enugu East for a conversation on how to develop Enugu State.

“From my interaction with a number of them, I was looking for somebody who I think should redevelop Enugu State.

“As far back as October 2019, I invited Peter Mba to my house. When he came, I told him to consider running for a position, especially Governor. He didn’t give me an answer immediately, but later he came and said he would consider running.

“Tomorrow, people will ask why am I keeping quiet, this is why I’m addressing the media today. I believe anybody who wins the primary tomorrow will be the Governor because the PDP is the only party in Enugu State

“I have also been speaking with the Governor of the State, a fine, peaceful gentleman and I told him that anybody that will succeed him must bring peace

“We need a Governor who will not go into any war, rascality, or vandalism but peace. Anybody who wants to be the Governor must follow the same path.

“I have heard all kinds of rumours about people claiming they are sponsoring Peter Mba, but he knows that I brought him into this race.”

On Ekweremadu’s ambition, Nwobodo said the former Deputy Senate President “has come to see me many times and I told him about the need for peace, I have asked him to withdraw all cases in court so that we talk peace.

“We need peace in Enugu and that’s the legacy Ugwuanyi is leaving behind.

“I have asked Ekweremadu to collapse his team, let them join the rest in making Enugu to work.

“I want to thank the Governor of the State for the way he has piloted the affairs of the State,” he concluded.