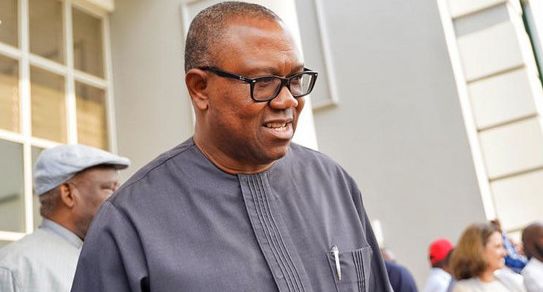 Peter Obi, former governor of Anambra, has expressed concern about the security challenges in the south-east.

In recent months, the south-east has seen an increase in attacks by gunmen, leading to killings, abductions, and destruction of property.

In the most recent of such incidents, a lawmaker was beheaded, while a pregnant woman and her four children were killed in Anambra.

Obi, a presidential hopeful and member of the Peoples Democratic Party (PDP), in a series of tweets on Wednesday, said he is worried about the development.

“I am highly disturbed by the increasing horrific killings in southeastern Nigeria, especially the recent beheading of a state legislator and the callous murder of a pregnant woman and her four children in Anambra State,” the post reads.

“These violent and abhorrent killings are damnable and unacceptable! Our communities are crumbling before us, and our humanity is being diminished.

“I send my deepest condolences to the families of the deceased and urge all stakeholders, including affected communities, security agencies, traditional rulers and government at all levels, to work collectively to restore the peace that once reigned.

“Families of the deceased deserve justice, and that can only be served when the perpetrators of these wicked acts are arrested and made to face the full wrath of the law. I indeed count on our security agencies to deliver on this and other aspects of the rule of law.

“Nothing can be achieved with festering insecurity. Diametric security remains the bedrock of peaceful nations and thriving democracies. As we advance, proactive security will be crucial in regaining control of our communities.”

I am highly disturbed by the increasing horrific killings in southeastern Nigeria, especially the recent beheading of a State legislator and the callous murder of a pregnant woman and her four children in Anambra State.

Obi added that government at all levels must meet its responsibility to protect its citizens.