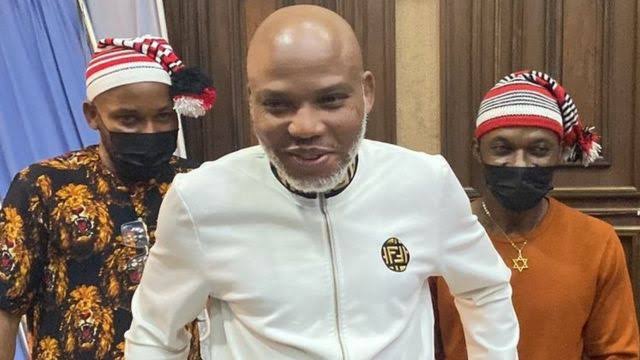 The Federal High Court sitting in Abuja has deferred the trial of the detained leader of the Indigenous People of Biafra, Nnamdi Kanu, till June 28.

The court had on March 18, slated Thursday to continue further proceedings on the treasonable felony charge the Federal Government preferred against Kanu.

However, the lead counsel of the IPOB, Mr Ifeanyi Ejiofor, who hitherto headed the defendant’s legal team, in a statement on Wednesday, disclosed that the case would no longer proceed as earlier scheduled due to the unavailability of the trial judge, Justice Binta Nyako.

“Please be informed that we have just received communication from the Federal High Court’s Registrar, notifying us that the Court will no longer be sitting tomorrow, 26th May 2022, on Onyendu Mazi Nnamdi Kanu’s case.

“According to the Registrar, this is because His lordship, Justice Binta Nyako is indisposed, and as such, the matter is now adjourned to the 28th day of June 2022 for Ruling/Hearing.

“We most respectfully, urge you all to maintain restraint, as you have always done. Keep your eyes on the ball, which is the freedom of Onyendu Mazi Nnamdi Kanu.

“Also, please note that Justice delayed is not justice denied. We are aggressively cruising to victory, it is only a matter of time.

“We profoundly appreciate your solidarity, unflinching support and prayers, which have been sustaining us thus far. Please do not relent in your prayers, we do not take it for granted.

“We shall continue to keep you all informed as events unfold”, Ejiofor stated.

It will be recalled that the court had on the last adjourned date, declined to release the embattled IPOB leader on bail pending the determination of the charge against him.

The court maintained that Kanu must explain the reason why he breached the previous bail that was given to him before he could enjoy another favourable discretion from it.

“However, the defendant is at liberty to refile the application”, Justice Nyako held.