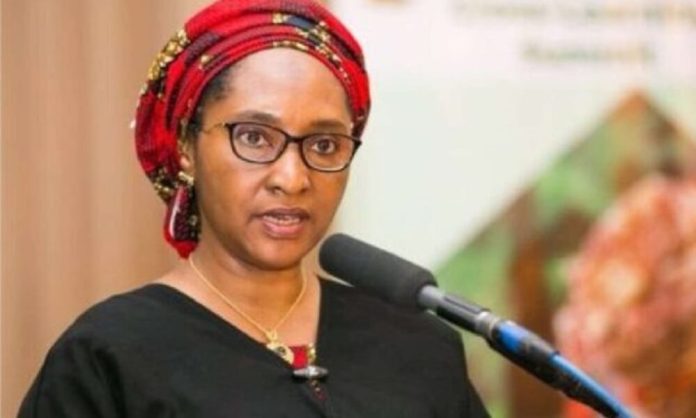 Nigeria’s low crude oil production means the country is barely able to cover the cost of imported petrol from its oil and gas revenue, the Minister of Finance, Budget and National Planning, Zainab Ahmed said on Thursday.

Ahmed, who said this in an interview with Reuters, at the World Economic Forum in Davos, said she hoped Nigerian oil production would average 1.6 million barrels per day (bpd) this year, up from around 1.5 million bpd in the first quarter.

The government had budgeted 1.8 million bpd of production, Ahmed said, blaming crude theft and attacks on oil infrastructure for the shortfall.

“We are not seeing the revenues that we had planned for,” Ahmed said. “When the production is low it means we’re … barely able to cover the volumes that are required for the (petrol) that we need to import.”

A plan to abolish its petrol subsidy was scrapped ahead of national elections in February 2023 and recently, President Muhammadu Buhari got the National Assembly to approve N4 trillion for subsidies in 2022, up from the N400 billion initially projected for the purpose, putting pressure on the budget.

Nigeria raised $1.25 billion via a Eurobond sale in March at a premium rate and had planned to issue another bond.
But Ahmed said the government had “not seen a good opportunity to go in.”

The country’s deficit is set to rise to 4.5 per cent of its Gross Domestic Product this year due to the fuel subsidy, up from an original estimate of 3.42 per cent in the budget.

After holding the Monetary Policy Rate constant at 11.5 per cent for about two and a half years, the MPC on Tuesday, raised the benchmark interest rate by 150 basis points to 13 per cent in response to global inflationary pressures, which had continued to hurt economies around the world. Inflation in Nigeria rose to 16.82 per cent in April, the highest in eight months.
Commenting on the interest rate hike, Ahmed said the central bank move was necessary.

Meanwhile, the U.S. Federal Reserve’s interest rate hikes, including a 50 basis-point rise earlier this month, alongside Russia’s war in Ukraine and coronavirus lockdowns in China have prompted a move from riskier emerging markets to safe havens.

“We are certainly very, very concerned,” Ahmed said of the Fed’s policy tightening. “The actions that the Fed or the central bank in Europe take will affect us.”