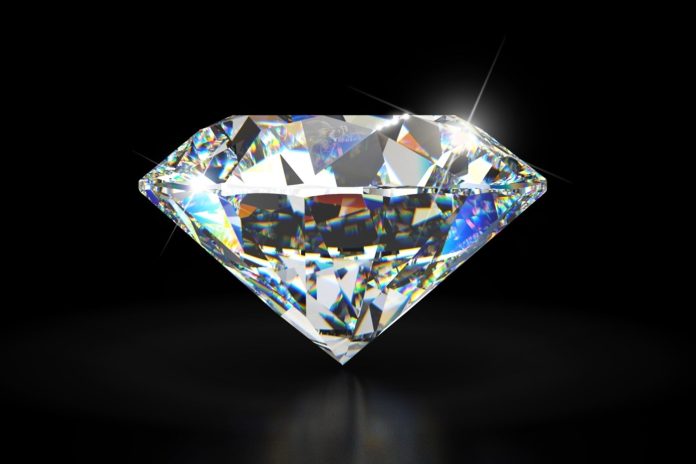 The Zimbabwe Consolidated Diamond Company is now highly profitable after a period when it was loss-making having upgraded its mining technology to improve diamonds quality.

This year the mine expects to produce almost a tonne of diamonds.

The company’s Chief Executive Officer, Mr Mark Mabhudhu, said Thursday that poor mining practices saw a lot of broken or fragmented diamonds mined between 2016 and 2020, pushing the average price down to between US$35 to US$40 a carat.

But production costs were also US$40 a carat.

Since the investment in technology in 2020 to get whole diamonds at lower operational costs, ZCDC recorded a profit last year, and shall be declaring a dividend to the Government in the near future.

Mr Mabhudhu told newsmen that successive losses from 2016 were recorded after the company shifted from collecting alluvial diamonds to conglomerate mining, where diamonds embedded in hard rock are mined, and the previous management did not adjust their operations.

Before the investment in the X-ray based technology that allows ZCDC to recover full stones, the company was producing fragmented diamonds, which fetched between US$35 and US$40 a carat, when the production cost was US$40 a carat.

Mr Mabhudhu said the sale of diamonds is governed by “the familiar 4cs”, which are carat (size), cut, colour and clarity.

He said Zimbabwe has added another ‘C’, for cleanliness, so that the gems fetch more money.

“When you recover diamonds, the biggest issue is to protect them from damage. (In the past) they were producing diamonds in fragments,” said Mr Mabhudhu.

“So that was a major area where we brought in technology to support the recovery of diamonds in their full state. That technology, which is the x-ray based technology, is very efficient and effective.”

Mr Mabhudhu said a clean 10 carat stone can generate up to US$500 but if it was fragmented, it can rake in a mere US$10.

“The comrades didn’t have to just shoot all over the place because they would kill the citizens they were trying to liberate,” he said.

ZCDC, said Mr Mabhudhu, has done a lot to reduce the cost of production from the previous US$40 previous to US$12 now.

Interestingly, the price of local diamonds in now averaging US$80 per carat, up from US$40, showing the far higher percentage of gem quality stones in the mix of gem and industrial diamonds.

The last time ZCDC sold its diamonds, it got US$99 per carat, which is the highest since the discovery of the diamonds in 2006.

If it was not for “restrictions imposed on Zimbabwe”, the country could be fetching more from international diamond markets such as Surat in India, Antwerp in Belgium and Dubai, among others.

Presently, ZCDC sells its gems locally to middlemen who come from outside and would want to make reasonable margins.

This year production should hit 4,5 million carats, about 90 percent of a tonne, and is a 400 000 carats rise from last year’s output with the higher average value able to generate good incomes and sound profits.

Apart from investing in mining technology, Mr Mabhudhu said the company had acquired “a very sound” remote surveillance security system with the whole mine under surveillance from 450 cameras.

“So there is no blind spot, which means anything that is anomalous in terms of what is going on at the mine can be detected. We also have drones in the air. So this security has stopped pilferage and the grades have also improved because we are able to tally from the cradle to the grave. We have created so much value for the country and the company,” he said.

ZCDC is also empowering local communities in various ways including infrastructure development and getting supplies of all key consumables including food from the most local suppliers.

In terms of safety, ZCDC has gone for two million hours without recording a fatality and no lost working hours.

The company has since subscribed to the Initiative for Responsible Diamond Mining, which allows anyone to scrutinise their operations.

“The Government set up ZCDC seeking to achieve value from diamonds and we want to achieve just that. My office is open for any interventions as long as they help grow the company and revenue” Mr Mabhudhu added.

Given the transparency and safety record in local mining operations, Zimbabwe has been elected to be vice chair for both the Kimberley Process and the African Diamond Producers Association.

It will assume chairmanship of both organisations next year, when the country plans to have turned the mining sector into a US$12 billion industry.