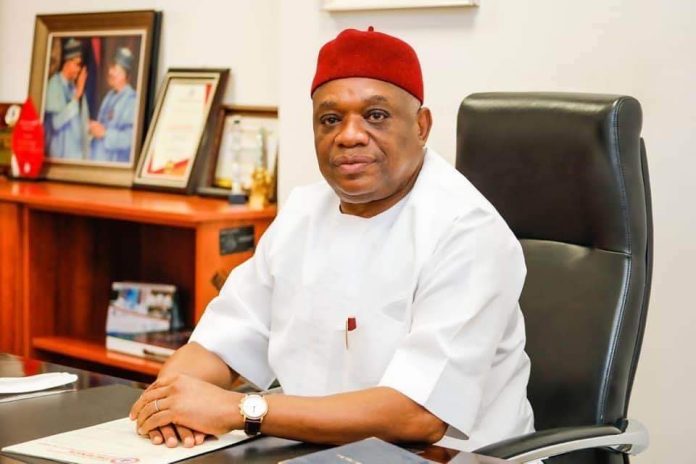 Chief Whip of the Senate, Chief Orji Uzor-Kalu, has won the ticket of the All Progressive Congress to represent the Abia North senatorial district for a second time.

He polled a total number of 777 to emerge unopposed following the stepping down of his opponent, Barr. Fabian Nwankwo.

READ ALSO: I’m ready to be a sweeper at the Presidential Villa so far Lawan becomes president – Kalu

The returning officer for senatorial primary election, Chief Paul Onwuka, declared him winner in Ebem Ohafia, where the election was held on Saturday.

In his acceptance speech, Kalu dedicated his victory to the people of the district and promised to attract more projects to the district.

Kalu commended Barr. Nwankwo, for his decision to drop his ambition, saying it is in the interest of the constituency.