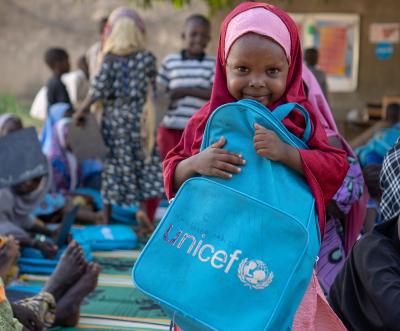 The United Nations Children’s Fund (UNICEF) says 47.4 percent of children in Nigeria live in households that spend less than N400 per day.

In a statement on Friday, Peter Hawkins, UNICEF representative in Nigeria, said 54 percent of children in Nigeria are “multi-dimensionally poor”.

Child poverty refers to the state of children living in poverty including children from poor families and orphans being raised with insufficient or no state resources.

Speaking on the report, Hawkins said the multi-dimensional child poverty report shows that more children are living in poverty in rural than urban areas.

He said children in Nigeria are denied at least three out of seven child rights benefits, adding that the country will need about one trillion to tackle child poverty.

“The monetary child poverty report shows that 47.4 % of children face monetary poverty by living in households with expenditure less than N 376.5 a day – national poverty line. Slight differences are observed between boys (47.98 %) and girls (46.8 %) while there are high geographical and state disparities (from 6.5% in Lagos to 91.4% in Sokoto).

“In Nigeria, according to the report, 24.56% of children face extreme poverty by living in households that spend less than $1.90 a day.

“The analysis indicates that the country would need as roughly as 1 trillion naira to lift children out of poverty.

“It notes that children are most affected by poverty because they are vulnerable and that poverty has long-term impacts on the well-being of children, even into adulthood.”

Hawkins called for more efforts by the government and concerned stakeholders on addressing the situation, adding that “we still have a long way to go towards ensuring the well-being of children and families in Nigeria, with persistent multi-dimensional poverty being a crucial obstacle”.