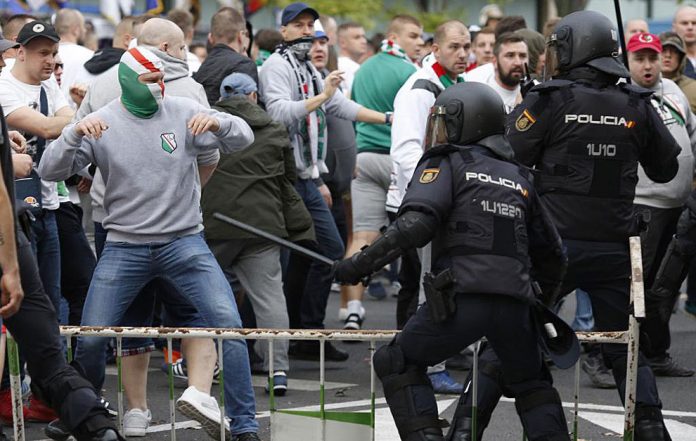 France’s sports ministry convened a meeting of security and football officials Monday following the chaos that marred the Champions League final between Liverpool and Real Madrid, seeking to ensure no repeat of the scenes as Paris prepares for the 2024 Olympics.

Sports Minister Amelie Oudea-Castera, speaking ahead of the meeting, again placed responsibility on Liverpool for the mayhem on Saturday but also acknowledged that lessons had to be learned.

The French government has faced a barrage of criticism from press and politicians in the UK over police handling of the match, which saw thousands of Liverpool fans with tickets struggling to enter.

Leading French daily Le Monde echoed the British complaints Monday, saying the French authorities were “in denial” about their shortcomings that had turned Saturday’s event into a “fiasco”.

The scenes tarnished the image of the French capital, raising questions about its ability to host major sporting events as it gears up for the 2024 sporting showpiece, as well as the 2023 Rugby World Cup.

Lallement has called for a formal investigation into the production of fake tickets, which he said had helped caused the problems.

The chaos inevitably brought back painful memories for Liverpool, a club haunted by the 1989 Hillsborough disaster which cost the lives of 97 people in a stadium crush.

Labour MP for Liverpool area Ian Byrne, who was present in Paris, told Sky News that the fans had been treated “like animals”.

“It was horrific — there’s no other words to describe it. It was absolutely horrific and as someone who was at Hillsborough in 1989, it brought so many terrible memories flooding back,” he said.

The mayor of Liverpool, Joanne Anderson, who was also at the scene, told the BBC that it was “absolutely shambolic but also the police behaviour was also really brutal.”

Police fired tear gas after several dozen people attempted to climb over barriers, according to an AFP reporter on the scene. Security staff had to round up about 20 fans who had scaled the fence and got into the ground.

The match was delayed by 36 minutes, almost unprecedented for an occasion of this magnitude and a huge embarrassment for the authorities.

Oudea-Castera told RTL radio that Liverpool, in contrast to Real Madrid, had failed to properly organise the supporters who came to Paris.

“Liverpool left its supporters on the loose, this is a major difference,” she said.

The minister added that there had been 30,000 to 40,000 Liverpool fans with fake tickets or without tickets outside the Stade de France stadium just north of the capital.

“We need to see where these fake tickets came from… and how they were produced in such large numbers,” she said.

She said “that the most regrettable aspect of what happened” was that tear gas was used against families and children who came to watch the final.

But she insisted that France was capable of hosting major sporting events.

“I am not worried, I am very committed that we learn absolutely all the lessons from what happened on Saturday evening to improve everything,” she said.

Paris had been awarded the final only after Saint Petersburg was stripped of the event because of Russia’s invasion of Ukraine.

Liverpool said they were “hugely disappointed” that their supporters had been subjected to an “unacceptable” breakdown of the security perimeter and requested a formal investigation.

“Delayed match, violence, intrusions, tear gas… Saturday evening turned into a fiasco. A failure that — contrary to all evidence — the French authorities blame only on the British supporters,” Le Monde wrote.

The French interior ministry said 105 people had been detained, of whom 39 were placed under arrest and remanded in custody, meaning they could face charges.

In another instance of football trouble in France, angry Saint-Etienne fans invaded the pitch after were they were relegated from Ligue 1 on Sunday in their play-off against Auxerre, with French police using tear gas.