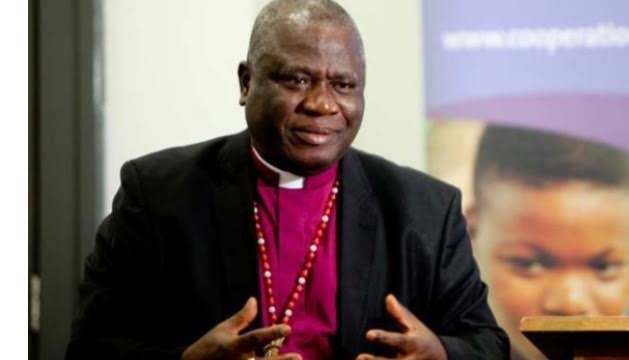 The Indigenous People of Biafra has condemned the kidnapping of Methodist Church Prelate, His Eminence Samuel Kanu and some of his priests in Abia state.

IPOB, describing the act as sacrilegious, called on the kidnappers of the men of God to unconditionally release the respected men of God they abducted.

A statement by IPOB’s spokesperson, Emma Powerful lamented the docility of southeast Governors and the security agents towards unravelling the people behind the insecurity in South East, which it said is coming in form of terrorism perpetrated by those masquerading as security agents and unknown gunmen.

“We are, therefore, calling on the kidnappers to release unconditionally the respected men of God, and his colleagues kidnapped alongside him, and we wonder what the abductors stand to achieve in kidnapping a prelate and his colleagues, who are neither politicians nor money bags.

“We are surprised about the docility of southeast Governors and the security agents in the region towards unravelling the people behind the insecurity in South East which is coming in form of terrorism perpetrated by those terrorists masquerading as security agents calling themselves unknown gunmen, kidnapping, beheading, robbery and assassinating our peoples.

“We are sad that saying that they are crimes strange to Biafrans but is gradually being introduced to the southeast by enemies of Biafra freedom who are collaborating with disgruntled politicians in the region.

“IPOB is sad that a man in the calibre of Methodist Prelate could be so easily kidnapped in his state without the Police and Abia State government being able to account for the circumstance leading to his kidnap.

“The Commissioner of Police in Abia State has failed in their duty for not providing the Methodist Prelate security on his entry into Abia State, while they will be falling head over heal in providing security for ordinary House of Representative lawmakers and State Assembly lawmakers.

“We have been lamenting over the conduct of security agents in Southeast, the kidnapping of the Methodist Prelate has exposed what we have been complaining about the conduct of security agents in Biafra land, it is an exoneration of IPOB, that have been accusing the police of leaving their duties in pursuit of shadows and fighting harmless IPOB members, just as it a confirmation that the insecurity in South East is criminal that is perpetrating it and not IPOB.

“The Police and Army have been accusing IPOB unjustly, Christian Association Nigeria, CAN, refused to talk about them because they are Igbo, CAN refuse to act because it is Southeast which they see as not needed.

“We have said it time without number that IPOB does not engage in kidnapping, armed robbery and assassination and beheading of people, and can never be part of such heinous crime that is against Ndigbo or residents of South East.

“We are therefore giving the abductor of His Eminence Uche, to release him without further delay otherwise we will come for them. What they have done is a sacrilege and something that has never been done in Nigeria.

“We are also urging the Abia State government and security agents in South East to facilitate the release of men of God without further delay and ensure the unconditional release of the Prelate if they are not part of the criminal act and all the criminal activities in Southeast.

“The information at our disposal which was made available by M- Branch of IPOB intelligence team revealed that the abductors stay and operate along Okigwe- Isikwuato -Arondiziogu-Umunneochi-Enugu expressway to Lokpanta where Fulani terrorists and kidnappers masquerading as herdsmen have camp and dug trenches waiting for the eventuality.”