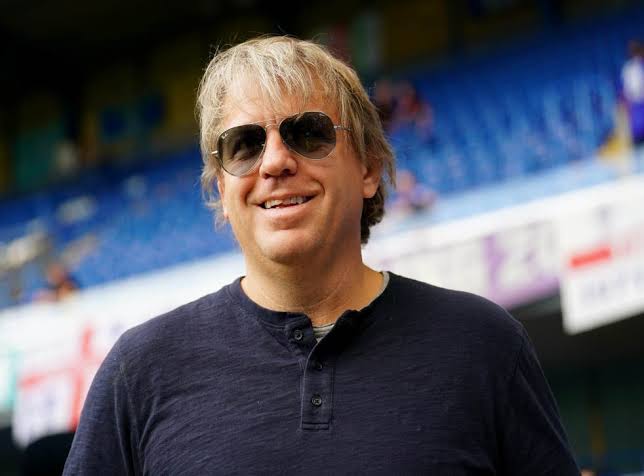 A consortium led by Los Angeles Dodgers part-owner Todd Boehly has completed its takeover of Premier League club Chelsea in a deal worth up to £4.25 billion.

The deal was formally announced on Saturday, bringing Roman Abramovich’s 19-year tenure to an end and freeing Chelsea from restrictions relating to sanctions imposed on their former owner for alleged ties to Russia president Vladimir Putin.

Chelsea will now be granted a new licence to compete in the 2022-23 season, bringing to an end three months of uncertainty during which it was feared the club might cease to exist.

The club said in a statement: “Chelsea Football Club can confirm that a final and definitive agreement was entered into last night to sell the Club to the Todd Boehly/Clearlake Capital consortium. It is expected that the transaction will be completed on Monday. The Club will update further at that time.”

Chelsea won 21 trophies in 19 years under Abramovich’s ownership — no English club won more silverware in that time and February’s Club World Cup win in Abu Dhabi meant he completed the set of winning every possible trophy at least once.

Abramovich said in a statement: “As I hand over Chelsea to its new custodians, I would like to wish them the best of success, both on and off the pitch. It has been an honour of a lifetime to be a part of this club — I would like to thank all the club’s past and current players, staff, and of course fans for these incredible years.

“I am proud that as a result of our joint successes, millions of people will now benefit from the new charitable foundation which is being established. This is the legacy which we have created together.”

READ ALSO: Chelsea sale to Boehly consortium to be completed on Monday

The Boehly-led consortium was selected as Chelsea’s preferred bidder by New York-based merchant bank Raine Group, appointed to handle the sale after having performed financial duties for the club over recent years.

British businessman Sir Jim Ratcliffe attempted to exploit disagreements over the precise terms of the sale by tabling his own £4.25bn bid at the 11th hour.

However, Abramovich appears to have admitted defeat in an attempt to get the £2.5bn asking price — topped up by a commitment from the Boehly camp of £1.75bn further investment — paid into a company the U.K. government feared had links to members of his family.

To ensure the U.K. government and European Commission signed off on the deal — Abramovich holds a Portuguese passport and is also sanctioned by the European Union — the sale money will be paid into a holding account with the proceeds to be distributed among victims of the war in Ukraine.

The deal is the most expensive for a sports team in history and includes a commitment not to sell a controlling stake in Chelsea for at least 10 years.

All parties had until May 31 to reach a final agreement as that was the date Chelsea’s special licence to operate expired, and sources claim those involved have been working around the clock to ensure the club’s existence was not threatened.

Although the process has been tense and unstable at times, sources at Chelsea have pointed out that the usual timeframe for a typical Premier League takeover is between nine and 12 months and the Blues have changed owners in just over three months.

Abramovich first sought to create distance between himself and the club on Feb. 26 as Russia’s invasion of Ukraine gathered pace, issuing a statement the night before the Carabao Cup final defeat to Liverpool that he was passing “stewardship and care” of the club to the Chelsea Trustees, a charitable entity comprising senior figures from their past and present.

However, once it became clear that the Chelsea Trustees were wholly ill-equipped to run one of the biggest clubs in world football and that they would not be insulated from any government action against Abramovich by this measure, a second announcement followed just 72 hours later in which he confirmed his intention to sell.

That sparked interest from about 200 parties, with sources suggesting Raine Group received more than 20 credible bids, eventually narrowed down to the Boehly-led group.

Sources have told ESPN that a key factor was the head start Boehly’s camp had from his prior interest in buying a Premier League team dating back to 2019.

Boehly, who holds a 20% stake in the Dodgers, explored the possibility of buying Chelsea or Tottenham Hotspur at that time but was rebuffed in his attempts.

This time he has proved successful with a consortium of which he is the face but for which the bulk of the financing comes from Clearlake Capital, a private equity firm based in Santa Monica, California, and owned by Behdad Eghbali and Jose E. Feliciano. Clearlake will be the majority shareholder but other prominent figures involved include Swiss billionaire Hansjorg Wyss; chief executive of Guggenheim Partners Mark Walter, who also owns a stake in the Dodgers and the L.A. Lakers; London-based property developer Jonathan Goldstein; and Danny Finkelstein, former adviser to ex-U.K. Prime Minister David Cameron.

Chelsea had been unable to acquire or unload players or renegotiate contracts with existing squad members while operating under a special licence, contributing to the impending departures of Antonio Rudiger to Real Madrid and Andreas Christensen to Barcelona.

Sources have told ESPN that Chelsea’s new owners are expected to back coach Thomas Tuchel with significant funds to improve the squad while contract negotiations with players, including midfield trio N’Golo Kante, Jorginho and Mason Mount, will now resume. Further restrictions that prevented the club’s megastore and stadium hotel from opening will also be lifted.