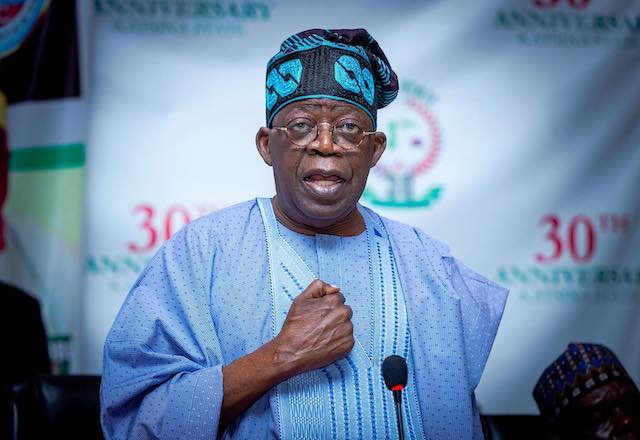 A presidential aspirant, Bola Tinubu, on Monday appeared before the screening committee of the All Progressives Congress (APC) to defend why he seeks to succeed President Muhammadu Buhari in 2023.

The exercise was conducted by the committee led by a former Edo State governor and former APC national chairman, John Oyegun, at Transcorp Hilton Hotel in Abuja.

Some of the questions asked the APC chieftain bordered on his upbringing, as well as educational and professional background, the Director of Media and Communication of the Tinubu Campaign Organisation, Bayo Onanuga, said in a statement.

“He (Tinubu) confidently told the panel why he is qualified to fly the flag of APC as its presidential candidate,” Onanuga stated. “He cited his success as governor of Lagos State, raising the internal revenue generation of the state from a paltry N600 million monthly, which has now grown to N51 billion today.”

According to Tinubu’s aide, the presidential aspirant also cited his invitation to Enron to begin the first state-backed power generation in Nigeria and how the country would need to take the power transmission lines as a highway.

In his answers, he demonstrated a vast knowledge of economic management and a perfect understanding of Nigeria’s political economy, Onanuga added.

According to Onuaga, “Tinubu impressed the panel during the screening process with the way and manner he answered and provided insight into many of the questions asked.

“The screening committee expressed satisfaction with Tinubu’s knowledge of the economy and socio-political issues that are affecting the country,” he said of the screening which he described as successful.