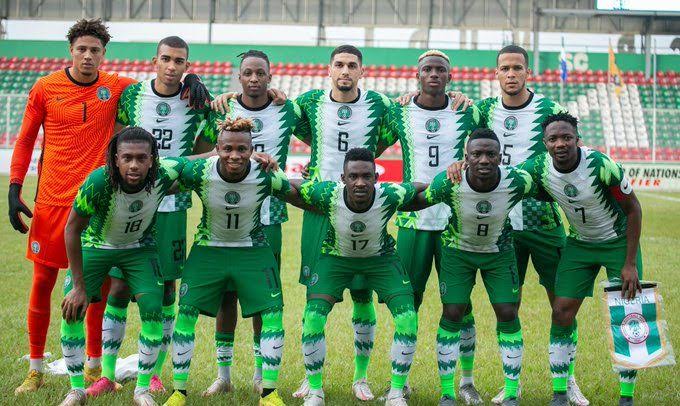 São Tomé and Príncipe have been restored to feature in the Africa Cup of Nations 2023 qualifiers by the Confederation of African Football (CAF).

This follows the latest ruling by the CAF Appeals Committee which set aside the earlier verdict passed by its Disciplinary Committee on 8 May 2022.

The tiny Island country was initially expunged from the qualifiers after Mauritius won a case suggesting that São Tomé and Príncipe used an ineligible player.

Mauritius claimed Bolivia-based striker Luis Leal was not eligible to play against them because his PCR test dated more than 72 hours before the match while according to the protocol, the tests must date from 48 hours.

The 34-year-old scored the only goal in the first leg of their play-off with that result now reinstated and ratified to overturn the decision by Caf’s disciplinary committee to award a 3-0 win to Mauritius.

It means Sao Tome will join Group A of the 2023 Nations Cup qualifiers alongside Nigeria, Guinea-Bissau, and Sierra Leone.

The Super Eagles were initially gearing up to face Mauritius after getting off their campaign against Sierra Leone at the MKO Abiola National Stadium, Abuja on Thursday, June 9.

With this latest development, new logistics will now have to be made to face Sao Tome instead, in the Africa Cup of Nations 2023 qualifiers on June 13.

The Super Eagles are presently in the United States where they have recently played friendly against Mexico and are to meet Ecuador.

Coach Jose Peseiro’s men lost 2-1 to Mexico and will play Ecuador on Thursday.

The Portuguese manager assured his crew is not losing focus on the fast-approaching AFCON 2023 qualifying games.

A total of 23 teams will qualify along with hosts Ivory Coast for the 2023 finals.

The Teranga Lions of Senegal are the defending champions following their triumph in Cameroon where they beat the Pharaohs of Egypt on penalty kicks.