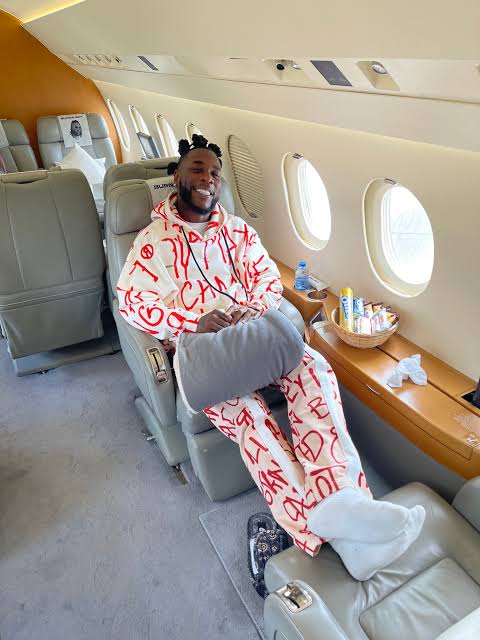 The long wait for Nigerian superstar Damini Ebunoluwa Ogulu, popularly known as Burna Boy, to perform in Zimbabwe is over. However, the pleasure of having him perform onstage will last for only 90 minutes.

AF24news learnt that Burna Boy was expected in the southern Country African country two years ago, but his show was postponed due to Covid-19 pandemic that was on the rampage at that time and affected the arts sector.

Organisers of the show confirmed the
singer would arrive via a private jet with his band members and manager, and then entertain his fans for one and half hours at Belgravia Sports Club on Friday.

According to a Zimbabwe newspaper, The Herald, the Grammy winner, whose presence is organised by Hidden Culture, is expected to share the stage with local musician Jah Prayzah, with South African-based Zimbabwean model and television presenter Kimberly Robinson (Kim Jayde) being the hostess.

Johannesburg disc jockey Arnold Mdluli,
better known as Kyotic, has been
announced as another supporting artiste.

In an interview, the event director, Jason Le Roux, said everything was going
according to script.

“He is coming and will be performing with his full band as seen on his recent
international tour events in Europe, United Kingdom and United States” he said.

“Burna Boy will be supported by local
musician Jah Prayzah and South Africa
disc jockey Kyotic will be on the
turntables. Bubbly Kim Jayde will be the
hostess. Well, his performance will be 90 minutes.”

Dubbed the “Space Drift” as the theme of the sho, some music fans have been
wondering if Burna Boy will continue with having the “space theme” on stage.

If the stage does not reflect the space
theme, will that not degrade Zimbabwe on the international standards considering that all Burna Boy’s tours had a well-crafted, creative stage?
And will Burna Boy himself be
comfortable performing on a simple
stage?

Le Roux assured fans that they were
working on the stage suitable for the
“African giant”.
“The show production has been specially designed for this Zimbabwe show, it’s impressive and it will stand up to any international level of production,” he said.

The show, which had been marketed to
be held at Borrowdale Racecourse, has
now been switched to Belgravia Sports
Club Le Roux said the reason for the change was mostly security related
He said ticket sales so far had been good, with all VIP tickets sold out.
Le Roux said the only challenge they
faced in planning the event was disbelief by some locals.

“Zimbabweans have been doubting the
legitimacy of our announcement aboout
Burna Boy coming” he said.
Le Roux said he could not confirm if
Burna Boy will have a chance to meet and have one-on-one chats with his fans.

That is up to the artiste himself, he said.
The “Kilometre” hit maker rose to stardom in 2012 after releasing “Like to Party’, the lead single from his debut studio album LIFE.

Last month, he put up an electrifying performance at the Billboard Music
Awards at the MGM Grand Garden Arena in Las Vegas.