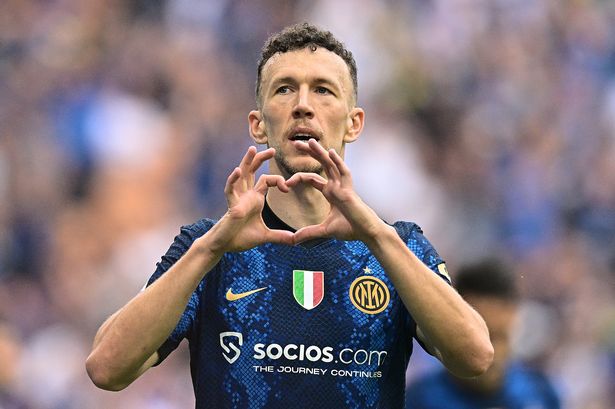 Ivan Perisic has signed for Tottenham and reunited with Antonio Conte after rejecting a contract from Inter Milan worth €5million after tax for next season.

Despite his age and little resale value after two seasons, Perisic is seen as a potentially important player for Conte in his wing-back system, where the former Bayern Munich wide man can operate on the left side of midfield.

Conte won the Serie A title with Inter in 2020/21 when Perisic was a key player for him, with the player remaining a regular and important part of the team this season after his manager’s departure.

Spurs will be major players in the transfer market this window, with £150million pumped into the club by owner Joe Lewis which has helped keep Conte at the club.

Sporting director Fabio Paratici has already negotiated a deal for Fraser Forster to arrive as a free transfer to be No2 goalkeeper to Hugo Lloris, while Perisic’s deal has moved swiftly after the possibility of landing him arose last week.

Both Perisic and Forster are in their 30s, which is a departure from the usual policy of chairman Daniel Levy looking for players whose value increases over the time of their contract.

But after qualifying for the Champions League, Conte will need a larger squad to compete with Europe’s elite while maintaining a place at the top of the Premier League.

Cristian Romero and Dejan Kulusevski are set to make permanent moves to Spurs after successful loans, while Perisic would provide competition on the left flank despite the impressive form of Ryan Sessegnon under Conte last season.

Paratici is looking at left-sided centre-back options including Perisic’s Inter team-mate Alessandro Bastoni or RB Leipzig’s Joško Gvardiol. In attack, there is interest in Manchester City’s Gabriel Jesus as he considers his future at the Etihad.