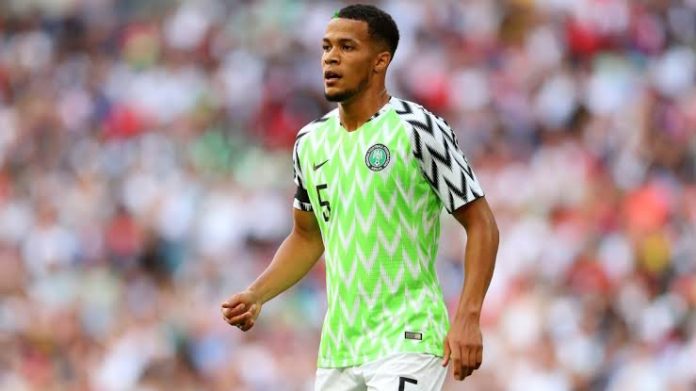 Super Eagles Vice Captain, William Troost-Ekong has revealed that the new head coach of the team, Jose Peseiro craves for an attacking style of play.

Peseiro’s reign as Super Eagles gaffer began with a 2-1 defeat to Mexico, but the team showed glimpses of what life would be like under the new boss in the second half.

The Super Eagles dominated the game in the second half after struggling to get going before the break.

Troost-Ekong has now shed light on what life has been like so far under the Portuguese.

“He (Peseiro) wants attacking football from us. We played two different systems against Mexico. 3-5-2 in the first half, and then we switched to 4-4-2 in the second half. I think it suited the game better,” Troost-Ekong told NFF TV.

“What he wanted was for us to take initiative. We are a big team and have to take the game to the opponent, irrespective of the opponent we are up against.

“I think it was exciting to see. I’m really happy to get going in this new chapter. I’m looking forward to spending more time to understand what he wants from us and improve.”

The Super Eagles will take on La Tri of Ecuador in their second friendly on Thursday before returning for the 2023 Africa Cup of Nations qualifiers.

Troost-Ekong stated that they will go all out for a win against the South Americans.

“We have adapted to the time zone. There is less problem now and we are looking forward to building on the performance against Mexico,” he stated.

“Ecuador is a dynamic team, a difficult opponent. They play good football. It is a great chance for us to end things here with a win before we head back to Africa,” he added.