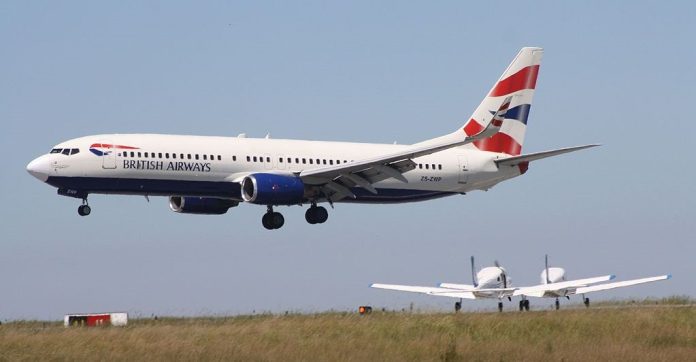 South African Carrier, Comair Ltd. announced late on Tuesday evening that it had to suspend all its kulula.com flights as well as the British Airways flights it operates under a licence agreement.

The operator of IAG SA-owned British Airways flights in the country and domestic low-cost airline Kulula also halted all ticket sales with immediate effect, it said in an emailed statement late Tuesday evening.

The company’s business rescue practitioners have advised that the process to raise the necessary capital is in progress and that there is reason to believe funding may be secured. Once received, the airline will be able to recommence operations.

“We deeply regret the inconvenience this suspension will cause our customers. We did everything we could to avoid it. Comair, the BRPs and the lenders are working all out to get the funding in place so that we can resume our normal flight schedule as soon as possible,” says Comair CEO, Glenn Orsmond.

The SA Civil Aviation Authority (SACAA) had imposed a precautionary suspension of Comair’s Aircraft Operating Certificate (AOC) in March for five days after what it called “a series of incidents”, including issues with the landing gear indicator on one of the flights.

In December last year the Competition Tribunal approved FirstRand Bank’s acquisition of Comair’s airport lounges in Johannesburg, Cape Town and Durban to get a cash injection of about R250 million.