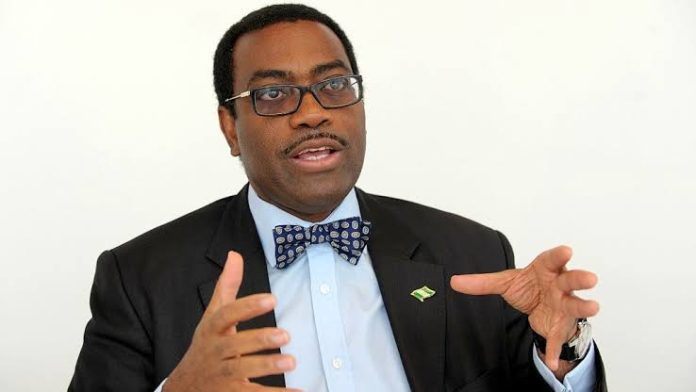 Financial experts have urged the Federal Government of Nigeria to tackle rising insecurity headwinds in the country to boost economic growth and development.

They disclosed this in separate interviews with the News Agency of Nigeria (NAN) on Thursday in Lagos against the backdrop of the African Economic Outlook 2022, released by the African Development Bank (AfDB).

NAN reports that the AfDB had projected the average growth rate of Nigeria’s economy this year through 2023 at 3.2 per cent.

The 2022 Economic Outlook report was released at its Annual General Meeting in Accra, Ghana, that ended on May 27.

The report focuses on the growth prospect of the continent in the context of the COVID-19 pandemic, climate change adaptation, energy transition and other structural challenges.

The President of the Bank, Dr Akinwumi Adesina, his team and Board of Governors, examined the economic outlook at the regional level and country-by-country basis.

The former President of the Chartered Institute of Bankers of Nigeria (CIBN), Dr Bayo Olugbemi, enjoined the Federal Government to tackle the insecurity headwinds in the country to surpass the growth projection.

“The insecurity challenges is one of the factors jeopardising the general economy in recent time.

“The headwinds are exacerbating and moving to other regions particularly the hinterlands,” Olugbemi said.

According to him, the agriculture sector and its value chain need to be supported to enhance growth in the economy.

“Through having improved seedlings and more agric extension workers to ensure they attain food sufficiency in farm produce.

“The sector is one aspect of the economy that we have comparative advantage and can expedite economic growth,” he said.

Also speaking, Dr Muda Yusuf, the Chief Executive Officer Centre for the Promotion of Private Enterprise, called for incentives to the gas sector by the government to accelerate economic growth.

“Having more fiscal incentives for the sector is crucial to attract foreign capital, particularly, now that the world is moving toward more environmental friendly energy.

“The sector is yet to be exploited adequately to change our economic state, despite having one of the largest reserves,” Yusuf said.

He noted that the Federal Government could ensure economic growth in the country by harnessing our huge population.

“Allocating more funds for educational and vocational training of our population will convert them into human capital assets.

“Our human capital is one of our best asset and when utilised could compete globally,” Olugbemi said.

Mr Nerus Ekezie, a former Director of the National Association of Small and Medium Enterprises (NASME), said the Federal Government could enhance growth by supporting the building of more business clusters.

“The establishment of more business clusters in many parts of the country will facilitate economic growth and create employment opportunities.

“Having more such initiatives around will enhance knowledge transfers, build domestic capacity and reduce the cost of doing business,” he said.

Ekezie said that the Federal Government should upscale critical infrastructure to boost the business environment and facility the movement of commodities with less headwinds.