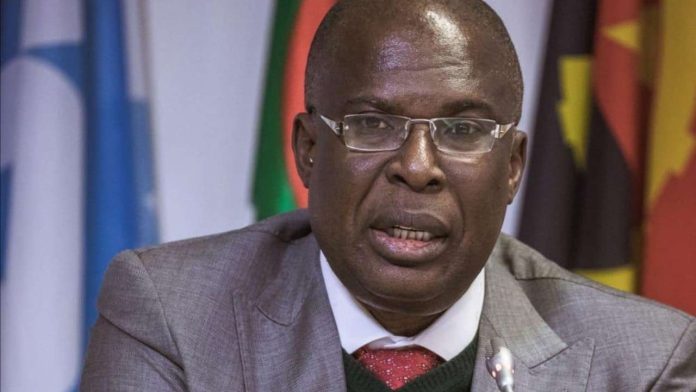 Timipre Sylva, the Minister of State for Petroleum Resources, says Climate Change is a serious concern to Africa but of equal concern is the alarming level of energy poverty.

Sylva made this known at a three-day, Nigeria-Africa Natural Resources and Energy Investment Summit on Thursday in Abuja.

He said that both climate change and energy poverty should be addressed in a sustainable manner, adding that it should be a win-win situation.

The theme of the summit is “Towards a Greener Africa”.

He said that implications surrounding energy poverty, climate and sustainable development were not mutually exclusive.

The minister said in the face of the current high level of energy poverty worldwide, especially in Africa, all energy sources would be required to achieve sustainable development goals by providing access to affordable, reliable and modern energy.

He said that the theme of the summit was very apt and timely at this challenging time in the energy industry globally.

“At the core of this challenge is the issue of climate change that is eliciting clamour for transition to greener energy sources to reduce carbon emission.

“It is imperative that every nation and region come up with a green initiative to foster collective combat against the incessant threat to the planet caused by carbon emission as such initiatives must be bold, decisive and on target.

“It should however be borne in mind that such initiatives should reflect the realities and conditions prevailing in these places, particularly the socio-economic development and energy needs.

“The key consideration in every country’s energy policy should be pivoted on energy security; this constitutes a very high priority goal for nations all over the globe; the reason is not far-fetched as energy propels economic growth.

“That makes energy security synonymous with optimum and sustainable economic growth; energy is an indispensable ingredient for human development and socio-economic prosperity.

“It is central to jobs creation, security, health, and other challenges facing humans,” he said.

According to him, this is why access to energy is prominently addressed in the UN Agenda 2030 for Sustainable Development Goals, in particular, SDG 7 focuses on access to affordable, reliable, sustainable and modern energy for all, as a fundamental right.

He said as of today, energy poverty was still much prevalent in the world, especially in Africa where millions of people did not have access to electricity or clean cooking fuels.

Quoting the UN data, the minister said that about 760 million people lacked access to electricity worldwide with three out of four of them living in sub-Saharan Africa.

He said that one-third of the world’s population (about 2.6 billion people) had no access to clean cooking fuels with over 900 million of these in sub-Saharan Africa.

Sylva said on average, only 48 per cent of the Sub-Saharan African population had access to electricity, while only 18 per cent also have access to clean cooking fuels, compared with a global average of 90 per cent and 70 per cent respectively.

He said that World Bank statistics showed that the world average of carbon emissions was 4.48 metric tonnes per capita in 2018, with some regions and individual countries recording five to seven times this value.

“Emission by sub-Saharan Africa in total was only 0.76 metric tonnes per capita.”

Speaking, the Minister of State for Foreign Affairs, Mr Zubair Dada said the summit which was tagged: Towards a greener Africa’’, describing it as “apt and timing” considering the climate change and its challenges that Africa could no longer ignore.

Dada said that the challenges required collective efforts to resolve and overcome them to safeguard the planets and the future.

He said that Nigeria had taken very good steps to align with the global energy transition through a combination of technology, investment, business strategy and policy to transit to meet current energy systems.