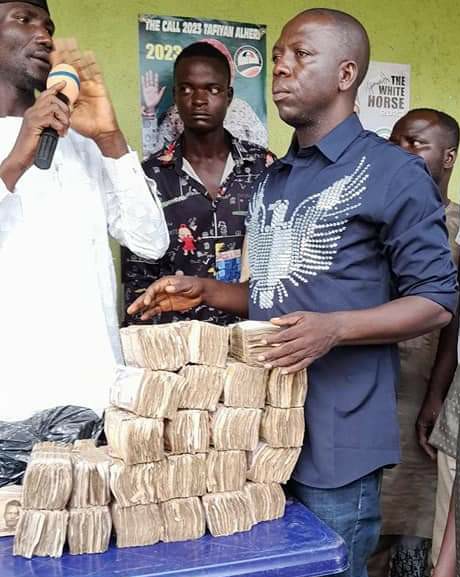 One of the national delegates to the recent presidential primary election of the Peoples Democratic Party (PDP) from Kaduna State, Mr Tanko Rossi Sabo, has shared part of the money – over N7 million – which he made from the election with his community in Sanga Local Government Area of Kaduna State.

He said that he resolved after the presidential primary, to use the proceeds to purchase NECO and WAEC forms for 150 indigent students in the community, worth over N6 million, in addition to other assistance he extended to the less privileged persons in the community.

Sabo explained that the gesture was to showcase appreciation to his people for electing him as a national delegate to the PDP presidential primary election.

He appealed to other national delegates to take a cue from him and also reach out to other less privileged persons in their constituencies and communities as part of their community service.