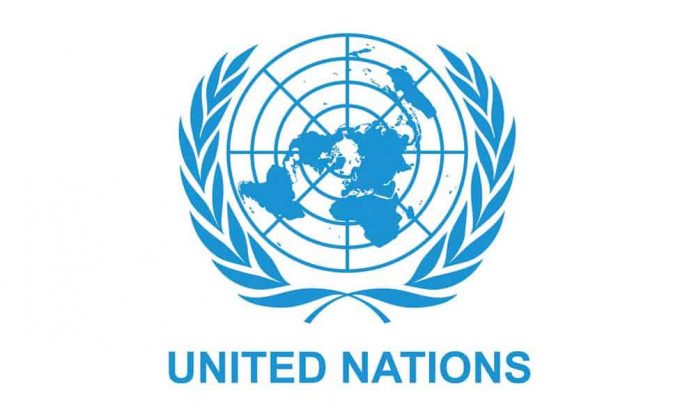 A United Nations peacekeeper was killed and three others injured Wednesday in a “terrorist attack” on their convoy in Kidal, northern Mali, according to the UN’s MINUSMA peacekeeping force.

The casualties were members of the mission’s Jordanian contingent, a security official told AFP on condition of anonymity.

The convoy patrolling near the town of Kidal in northern Mali was hit by small-arms fire and rocket-propelled grenades in an attack that lasted about an hour, MINUSMA spokesman Olivier Salgado tweeted.

“Unfortunately, one of the blue helmets succumbed to his wounds following the attack,” he posted in French.

No details were given about the suspected attackers.

MINUSMA – the United Nations Multidimensional Integrated Stabilization Mission in Mali – was deployed in 2013 to help shore up the fragile Sahel state in the face of jihadist attacks.

With 13,000 members, the mission is one of the UN’s biggest peacekeeping operations, and also one of its most dangerous. It says 172 troops have died from hostile acts.

‘Exponential rise’ in violence against civilians

The latest attack came days after a MINUSMA report released earlier this week said there was an “exponential rise” in violence against civilians in Mali.

While jihadists remain the biggest source of violence against civilians, there was an “exponential rise” in fatalities and other abuses linked to the armed forces, “supported by foreign military elements”, the UN’s MINUSMA peacekeeping force said.

The number of people killed in the first quarter of 2022 by all parties in the conflict – jihadists, militias, self-defence groups and security forces – quadrupled over the last three months of 2021, rising from 128 to 543.

A total of 248 civilian deaths were attributable to the defence and security forces, the report said.

It recorded 320 human rights violations during this period that could be blamed on government forces – a tenfold increase over the last quarter of 2021, when 31 cases were documented.