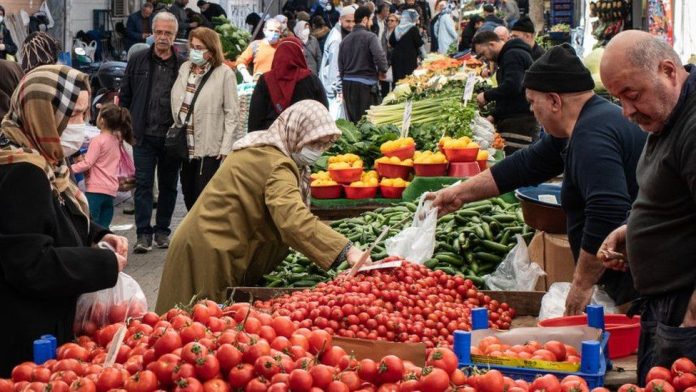 Turkey’s annual inflation rate jumped to a 24-year high of 73.5% in May, according to data on Friday, below a forecast but fuelled by war impact, rising energy prices and a lira that has tumbled since a December crisis.

The costs of transportation and food soared by 108% and 92% respectively over last year, reflecting the deepening economic crisis for Turks struggling to afford basic goods a year before President Tayyip Erdogan faces tough elections.

Annual consumer price inflation was forecast to be 76.55% in the poll. The latest figure surpassed the 73.2% touched in 2002 and is the highest since October of 1998, when annual inflation was 76.6% and Turkey was battling to end a decade of soaring prices.

The domestic producer price index climbed 8.76% month-on-month in May for an annual rise of 132.16%, reflecting how a 20% drop this year in the currency has sent import costs soaring for companies and households.

Last year the lira shed 44% versus the dollar due largely to a series of unorthodox interest rate cuts that Erdogan sought to stoke credit and exports despite already rising prices.

The monetary easing resulted in a historic plunge in the lira, which has been the worst performing emerging market currency for several years running.