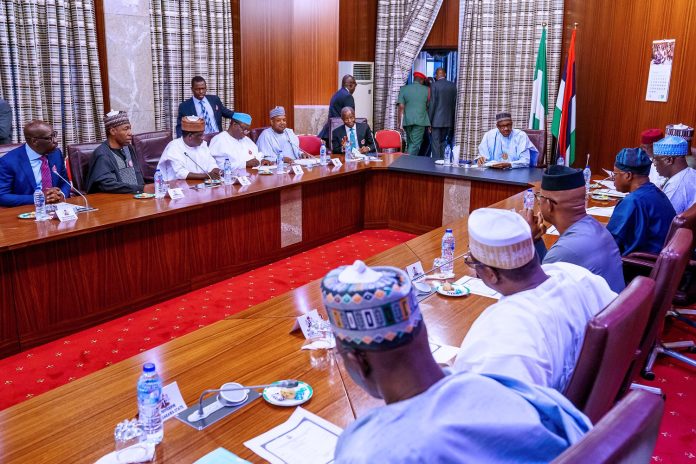 A regional group, Northern Interests Coalition, has faulted the 10 Northern governors of the All Progressives Congress who threw their weight behind power returning to the South in 2023.

The APC Northern Governors Forum had backed the South to produce the next president of Nigeria at a meeting on Saturday.

Chairman of the Northern Interests Coalition, Malam Umar Gazali, declared that people in the North have rejected the decision of the governors for betraying the north.

In a statement issued on Saturday, Gazali accused the governors of conspiring against the North for their selfish interests.

He said, “It has come to our notice the desperate activities of some Northern governors who, because of their selfish interests to emerge as Vice President, have decided to pressure President Muhammadu Buhari to endorse a Southern presidential candidate for the APC. This is a direct assault against Northern interests and these governors must be stopped fast.

“After power has been in the South that produced president for 14 years and Vice President for 11 years which is cumulatively 25 years. It is not only unjust but also unjustifiable that our governors will be conspiring against the North to lose power after only 8 years of the Buhari presidency.”

According to him, the governors have ganged up to pressure the president, Muhammadu Buhari, to endorse their self-centred agenda.

While disclosing that the North disowns their bad intentions, he vowed the coalition and its supporters across the region shall resist them.

“The only thing is that we advise the governors allegedly involved in this evil plot to desist immediately. The president must not only ignore them but refuse to be confused by these betrayers of the North.

“The eleven Northern Governors have betrayed the North for their selfish interests. We condemn their actions in the strongest possible terms and once again we urge the president to ignore them completely.

“This is not a mere allegation. The statement made by these eleven betrayers of Northern interests in this respect is in the public domain as released and signed by them today recommending to the president that the search for his successor be limited to the South. This is undemocratic and injurious to the interests of the North and must not be allowed to stand,” he stated.