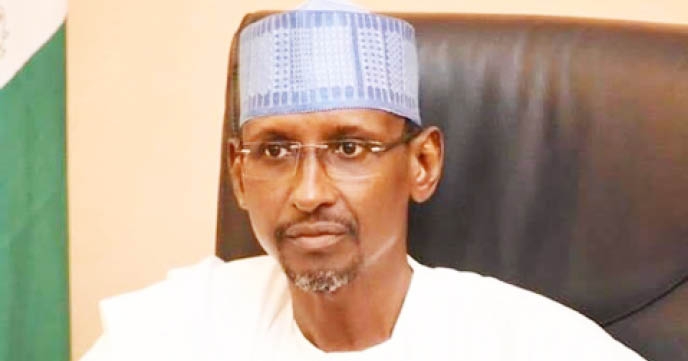 The Minister of the Federal Capital Territory (FCT), Mr Mohammed Bello, has presented 12,000 hectares with the Certificate of Occupancy to his aviation counterpart, Sen. Hadi Sirika, to execute the aviation road map.

Bello made the presentation on Friday in Abuja when he led a team from his ministry to pay a courtesy visit on Sirika in his office.

According to him, the vast land will make all aviation facilities to be provided in one location.

“We have marked all the land you requested to cater for the second run way, Maintenance, Repair and Overhaul (MRO) facilities, free trade zone, retraining facilities and aviation museum.

“By law, any government building has to be done with the approval of the Federal Capital Development Authority (FCDA).

“I want to employ you to direct all your relevant agencies that will be involved in these mega project to ensure that the relevant body of FCT Administration is part and parcel of ,“ he said.

According to him, every building in Abuja has to go through a certification process through what is called development control.

FCT minister affirmed that the projects would benefit many people as many jobs would be created.

Responding, Sirika thanked the FCT minister and his entire team.

He gave assurance that the land would be used carefully according to the design in the documents presented to the aviation ministry.

According to him, the main aim of the roadmap is to have aviation city with the structures of aviation activities.

Sirika thanked President Muhammadu Buhari for his commitment and support toward achieving the objectives of the aviation roadmap.

“We thank Mr President who has made such huge land available as a free zone. Lots of development are coming up in that location.

“Frankly speaking, the move will improve employment status. Job will be massively created in the city. It will improve tourism and commerce, as well as trade.

“I have discussed with the FCT minister that all structures that have no value or hinder general planning of the airport should go, “ he said.

According to him, the land will be used to construct a second runway, MRO facility, Aviation Leasing Company, a training centre, building of cargo terminal, among others.