Several attempts by agents of drug cartels to break through the security at Nigeria’s main airports in Lagos and Abuja with large consignments of assorted illicit substances have been thwarted by operatives of the National Drug Law Enforcement Agency, NDLEA.

No fewer than 11 members of the trafficking syndicates have been arrested in connection to the seizures.

One of the arrested drug dealers is a 35-year-old physically challenged lady, Kasarachi Onumajuru.

According to NDLEA’s spokesperson, Femi Babafemi, Onumajuru who hides under her condition to deal drugs in Umudumaonu community, Mbaitoli local government area of Imo state, was also arrested on Sunday 29th May.

On their other arrests, NDLEA operatives nabbed Ofor Chima Chileobi who had on Friday 20th May attempted to export to Dubai, UAE, 200 blocks of cannabis sativa weighing 30.20kg concealed in 40 sacks of bitter leaf through the SAHCO export shed, at the cargo wing of the Murtala Muhammed International Airport, Ikeja, Lagos. 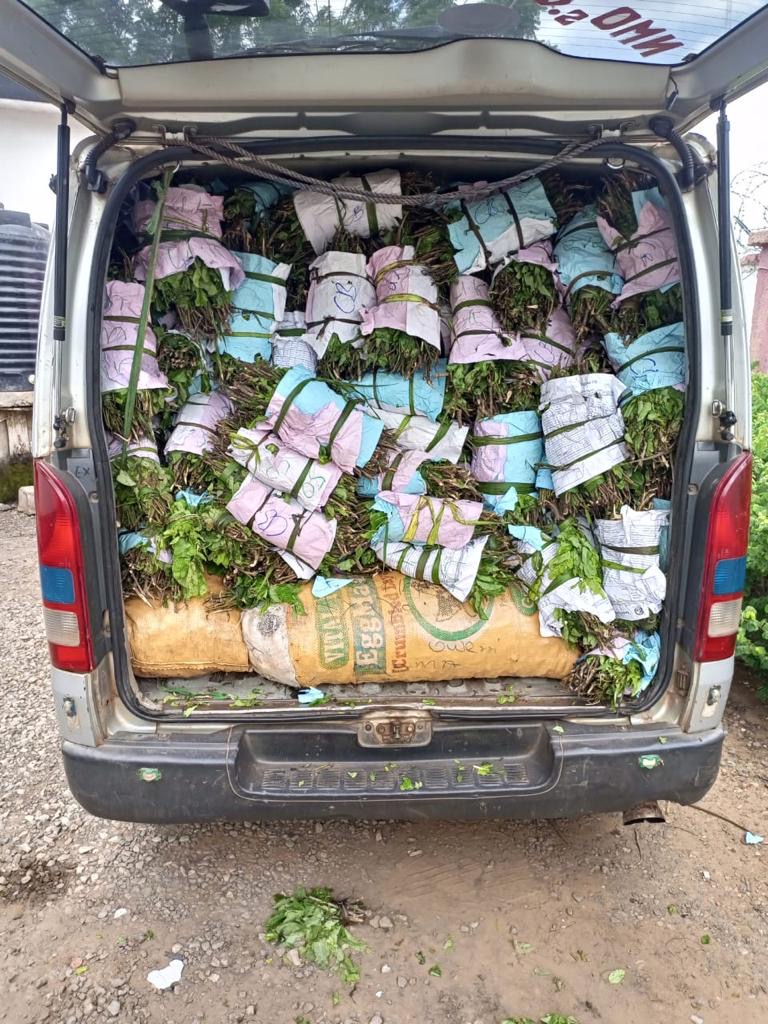 Also, on that day, 10 cartons of khat with a gross weight of 354.600kg were seized at the NAHCO import shed of the airport.

On the following day, Saturday 21st May, a freight agent, Roland Orinami was arrested by NDLEA operatives attached to the local wing of the Lagos airport with 1.90kg Loud, a variant of cannabis, packed in some bottles while trying to send the same via flight to Abuja.

“Adesanya, who claims to be into Information Technology, accepted ownership of the seized drug, which he said was meant for an upcoming birthday party of one of his friends,” Babafemi added.

Then on Tuesday 24th May, another freight agent, Moshood Azeez Olaide was also arrested at the NAHCO export shed of the MMIA.

Olaide was busted when he presented a cargo containing psychotropic substances heading to Dubai.

“The illegal consignment was packed into other items such as can drinks, liquid bitters and other non-controlled drugs. The seized drugs include Tramadol 225mg, Rohypnol and MDMA.

“A follow-up operation led to the arrest of another suspect linked to the crime, Olagboye Selim on Friday 27th May “, Babafemi said.

Also on the same day, operatives of the Nigerian Customs Service at NAHCO import shed transferred 15 cartons of khat leaf with a gross weight of 256.70kg, which came into the country on Royal Air Moroc to NDLEA command at the airport.

On Monday 23rd May, another freight agent, Lasebikan Felix Gbega was arrested with 200 bottles of pentazocine injection, with a brand name “Drutapent” weighing 1.05kg.

The consignment was heading to the United States of America.

Another agent, Akuta Chioma Lucy was on Thursday 26th May arrested at the SAHCO export shed while attempting to export 14.75kg of khat concealed inside other vegetable leaves and food condiments such as bitter leaf, scent leaf, pepper, all packed in bags for shipment to the United Kingdom.

At the Nnamdi Azikiwe International Airport, Abuja, a 45-year-old Ezika Ugochukwu Nicholas from Ichida, Anocha area of Anambra state was arrested on Thursday 26th May for ingesting 60 pellets of cocaine weighing 1.037kg on arrival from Addis Ababa on board Ethiopian airline. 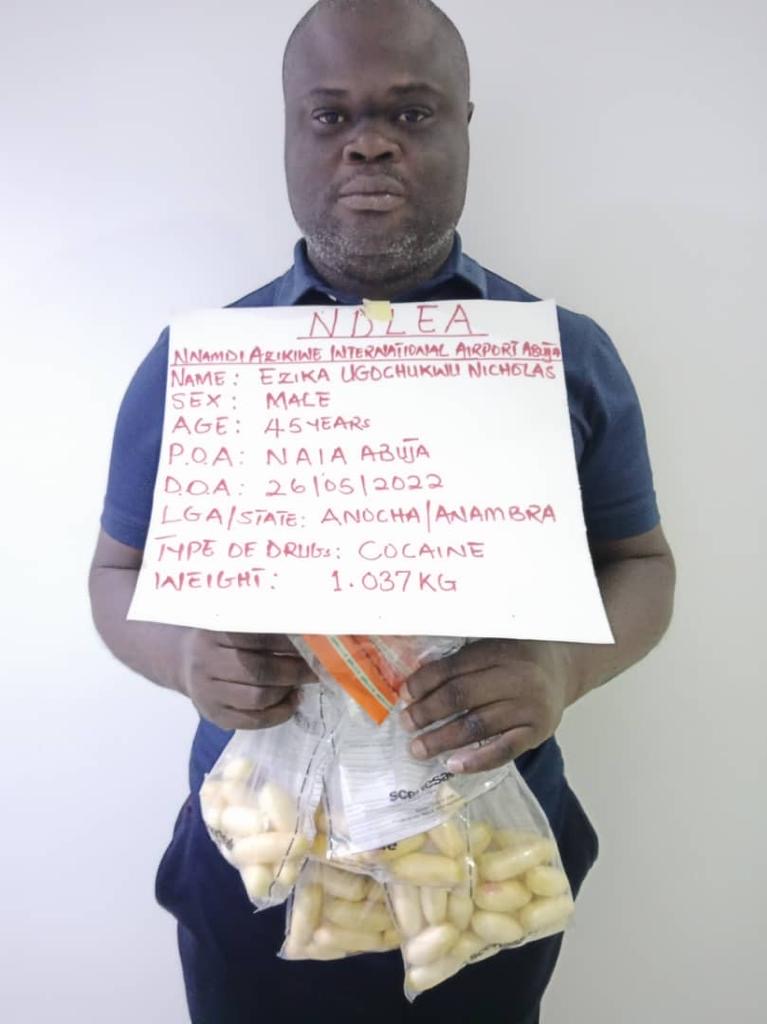 Ezika, who claims he was into shoe business before his arrest, travelled to Ethiopia on 23rd May on the invitation of the person who gave him the drug, which he ingested before returning into the waiting arms of NDLEA officers at the Abuja airport.

Babafemi further disclosed that efforts by drug cartels to export 4kg methamphetamine concealed in nylon rolls to New Zealand were also frustrated by anti-narcotic officers attached to a courier company in Lagos.

He said they blocked different quantities of cannabis sativa and Tramadol hidden in soles of slippers from being shipped to Oman through the same firm.

“Meanwhile, no fewer than 335,820 tablets of Tramadol, Exol 5, Diazepam and Rohypnol as well as 400 bottles of codeine syrup concealed in bags of vegetables have been intercepted in Abuja in a hummer passenger bus coming from Enugu on Monday 30th May. The bus driver, Augustine James, 35, is currently helping with the investigation. 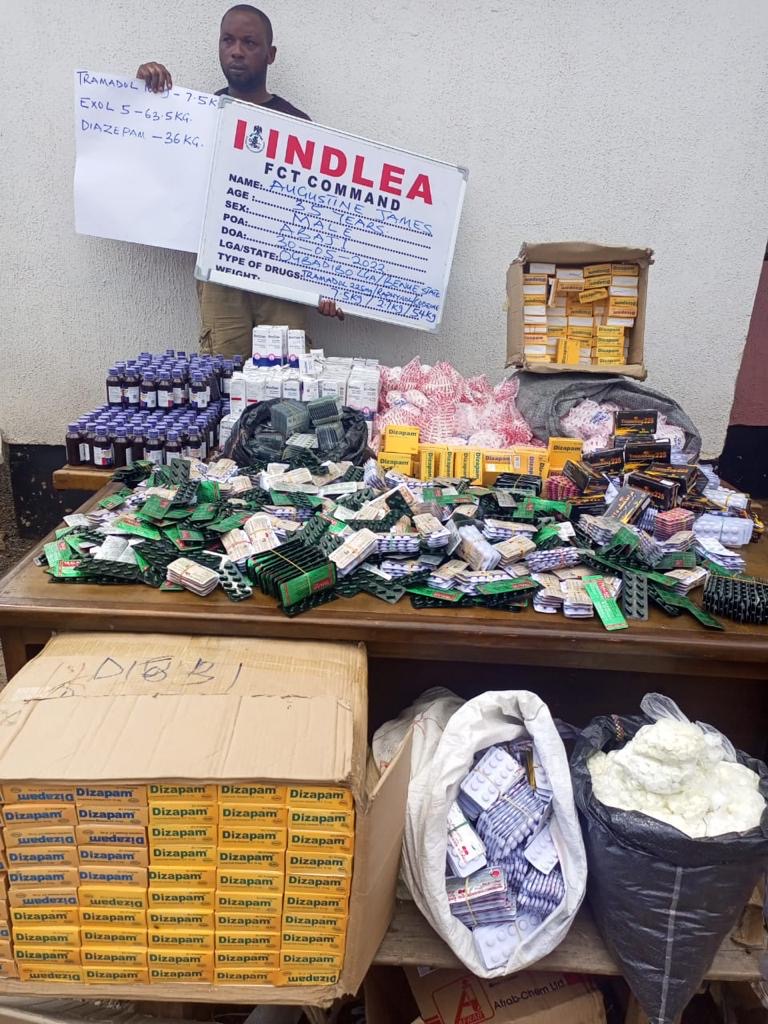 In Imo state, 1,111kg of cannabis sativa heading to the Orlu forest, which has become a fortress for non-state actors, was intercepted on Thursday 26th May”, he added. 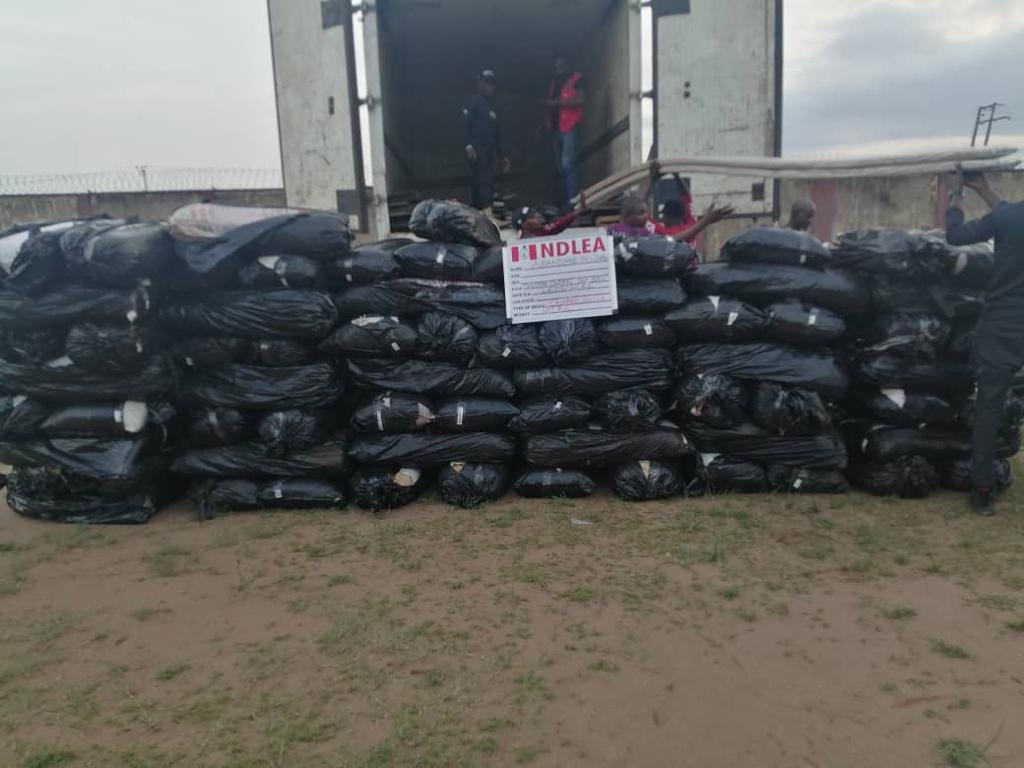