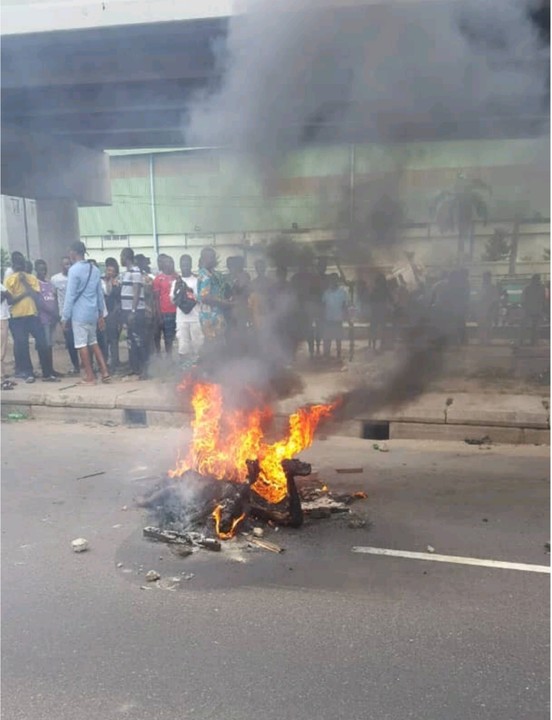 Commercial motorcyclists in Idi-Araba, Surulere local government area of Lagos, protested the seizure of their motorcycles by the State Taskforce on Tuesday.

The commercial motorcyclists popularly known as Okada riders made bonfires on the major road, disrupting human and vehicular movement, after Taskforce officials were reported to have seized some motorcycles in the area

Reacting, the police spokesperson in Lagos, Benjamin Hundeyin, said “Idi-Araba is safe. Nothing to worry about. Just some lawless motorcycle operators trying to cause trouble after their motorcycles were impounded. Our men are fully on ground. CP Abiodun Alabi personally coordinating our response.”

Last Friday, the state government crushed over 2,000 motorcycles seized across the state as the ban took effect on June 1, 2022.