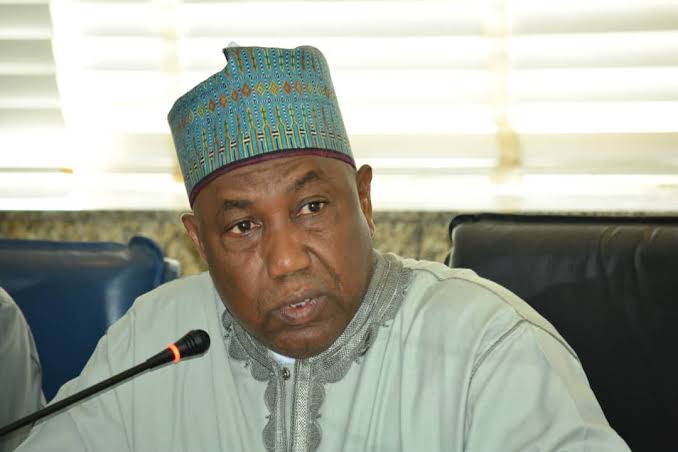 As the national convention of the ruling All Progressives Congress (APC) is underway, three presidential aspirants have stepped down for Vice President Yemi Osinbajo.

One of them is the former Senate President, Ken Nnamani.

Although he didn’t mention who the other aspirants are, there are speculations that they are ex-Ogun State governor, Ibikunle Amosun, and a Deputy Majority Leader of the Senate, Ajayi Boroffice.

Noting that the ruling party has decided to zone the presidential slot to the South-West region, he stated that the aspirants are expected to address the delegates shortly.

“Whatever the number the party decides; it is up for because the people need to come and address the party members and tell them if they are stepping down, why are they stepping down, and for who. If they are not stepping down, let them tell Nigerians what they intend to do to improve the situation in the governance of Nigeria.”

According to Gaya, the APC took its decision to give its presidential ticket to the southern region in the spirit of equity and justice.

He believes that the ruling party has sent a signal to Nigerians that it is not a regional or sectional association but one that is meant for all the masses.

“In principle, we have President Buhari from northern Nigeria that is serving seven years going to eight years; I think naturally, the power should shift to the south. That is what we have been talking about for over two years. I believe that Nigerians will believe that APC is the party for all. It is not a sectional or regional party.

“In any decision you take, it has merits and demerits. When the merits are more, then you say ‘we’, that is the majority. So, the majority of Nigerians accept that let the leadership of the presidency of APC or Nigeria go to the south and we all agreed to that,” the lawmaker added.