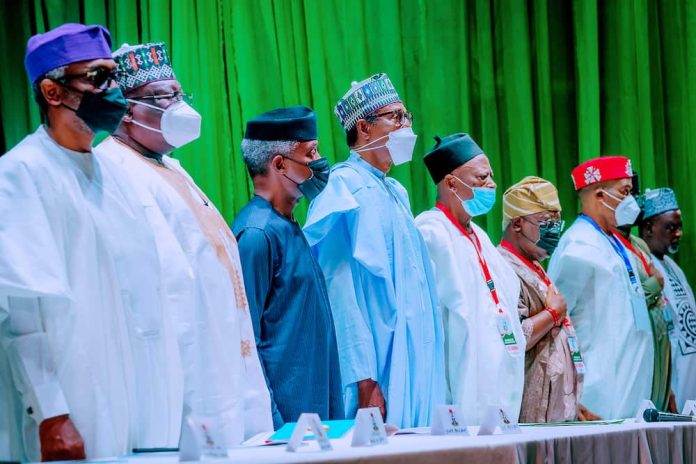 President Muhammadu Buhari now is back to Eagle Square as the laborious vote-sorting process nears its end.

Vice President Yemi Osinbajo has also returned to the venue after, initially walking out in disappointment of results.

Former Lagos State Governor is currently taking the lead with over 1,000 votes.

The winner is expected to be declared soon.

However, the Special Adviser to the President on Political Matters, Senator Babafemi Ojudu, has hailed Vice President Yemi Osinbajo as counting and sorting are underway.

The total rundown of states and their respective accredited delegates are as follows: