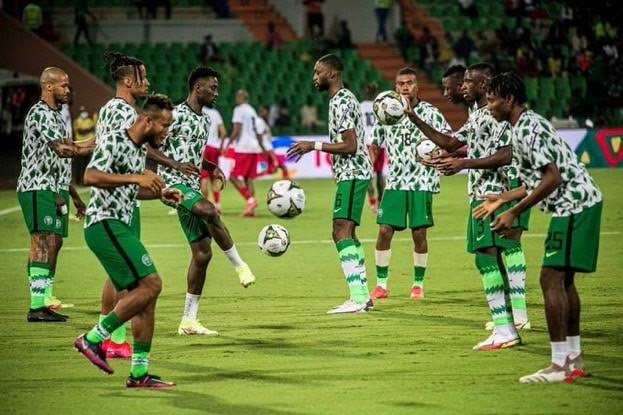 The Nigeria Football Federation has confirmed that the Super Eagles’ 2023 Africa Cup of Nations qualifying match against Sierra Leone’s Leone Stars will be played without spectators on Thursday at Abuja’s MKO Abiola National Stadium.

General Secretary of the NFF, Dr Mohammed Sanusi, announced in Abuja on Tuesday that the scenario is the outcome of FIFA’s one-match ban imposed on the country following the conclusion of the 2022 FIFA World Cup playoff round against the Black Stars of Ghana in March.

“We want to appeal to our very passionate football fans to take heart for this one game. It is only a one-match ban, after which they can again start trooping out to support the Super Eagles.

“Nonetheless, we want to urge all our football fans, and indeed all Nigerians, to support the team whichever way they can and pray for success against the Sierra Leoneans on Thursday.”

On Thursday, June 9, at 5pm, the Super Eagles will meet the Leone Stars in a Day 1 match of the 2023 Africa Cup of Nations at the MKO Abiola National Stadium in Abuja.

Four days later, they tackle ‘The Falcons and True Parrots’ of São Tomé and Príncipe at the 45,000 –capacity Grand Stade de Agadir in southern Morocco.