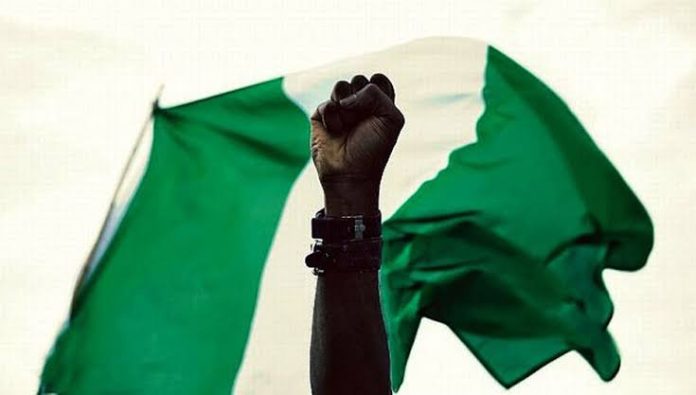 The Federal Government of Nigeria says the biggest African nation has a lot to celebrate, despite civil unrest.

The celebration, according to its minister comes with with 23 years of uninterrupted democracy and its citizens reaping dividends of civil rule.

The Minister of Information and Culture, Alhaji Lai Mohammed, said this on Thursday in Abuja at a media briefing to announce the activities lined up to commemorate this year’s Democracy Day.

Fielding questions from journalists, the minister recalled that between 1966 and 1999, the country had barely six years of democratic rule.

The minister also said that after the annulment of the 1993 elections, which brought Nigeria to the brink, the country was also ruled by the military for another six years.

He said that with the return to democracy in 1999 the country has not witnessed any military incursion.

“Between 1999 and 2008 we celebrated Democracy Day on May 29 and that was the day the military handed over power after a lot of disruption.

“No government before now had the courage to declare June 12 as Democracy Day. It took the courage of President Mohammadu Buhari to do so.

“We are also celebrating the day to pay tribute to MKO Abiola, the winner of the 1993 presidential election and also to other Nigerians who lost their lives during the struggle,” he said.

Earlier the minister announced that the press briefing kick-started activities for 2022 Democracy Day celebration, adding that it would be followed by a public lecture; and Jumat on Friday at the National Mosque, Abuja.

He said on Sunday, June 12, there would be presidential broadcast in the morning and a Service at the National Christian Centre at 3 p.m.

Mr Mohammed said on Monday, there would be a Ceremonial Parade at the Eagle Square starting from 9 a.m.

He said that attendance at all the events is strictly by invitation and in line with the Covid-19 protocol.

It will be recalled that President Buhari in June 2018, directed that Nigeria’s Democracy Day, marked every May 29, be shifted to June 12 to honour Abiola, winner of the 1993 presidential election.

In compliance with the presidential directive, this year’s celebration will mark the fourth time that the Day will be marked on June 12.