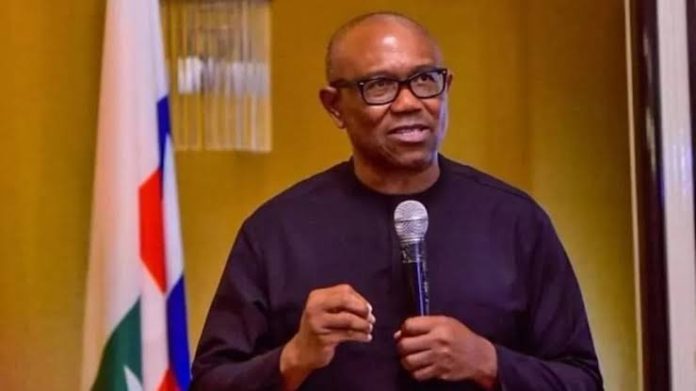 The Independent National Electoral Commission will be recognizing Peter Obi as the presidential candidate of the Labour Party.

This is as INEC’s National Commissioner for Information and Voter Education, Festus Okoye has said that the commission is unaware of any faction in the party.

Mr. Okoye said the commission only identifies Julius Abure as the chairman of LP.

It was Mr. Abure that conducted the 30 May 2022 primary that produced Mr. Obi as the presidential candidate of LP for the 2023 General Election.

“The Independent National Electoral Commission has in its docket the list and verified signatures of all the national chairmen and national secretaries of all the registered political parties in Nigeria.

“As (at) today, the commission is not aware of any faction in the Labour Party.

“The person whose name is on the docket of the Independent National Electoral Commission as the National Chairman of the Labour Party is one Julius Abure.

“He’s the one that the commission recognizes as the National Chairman of the Labour Party.

“It was the same Julius Abure that utilized the provisions of Section 82 of the Electoral Act 2022 to give the Independent National Electoral Commission the statutory 21-day notice of their intention to conduct congresses and primaries for the purposes of electing their candidates at various levels.

READ ALSO: Kwankwaso: We had great plans for Peter Obi in NNPP

“As of today, the Commission does not have any information relating to the person who is claiming to be a factional chairman,” he said.

Obi emerged as the presidential candidate of LP at its national convention and presidential primary in Asaba, Delta State on 30 May, after other aspirants, including Pat Utomi, stepped down for him.

However, another faction of LP held another primary on Wednesday, 8 June in Abuja, producing Jude Ezenwafor, a former Senior Special Assistant on Political Matters to Mr. Obi as its presidential candidate.

INEC has now clarified that it has had no association with the new faction, led by Calistus Uju Okafor.

“We have not had any form of communication from him or from any of the members of his faction.

“So, to that extent, and as far as the commission is concerned, the Labour Party is not factionalized.

“That access code will be the only code that will lead any individual to the portal where the personal particulars of nominated candidates will be uploaded for this election.”

Mr. Obi will be facing Bola Tinubu of the ruling All Progressives Congress (APC), Atiku Abubakar of the People’s Democratic Party (PDP), Rabiu Kwankwaso of the New Nigeria Peoples Party (NNPP), Adewole Adebayo of the Social Democratic Party (SDP), and Kola Abiola of the Peoples’ Redemption Party (PRP) for Nigeria’s top job in 2023.