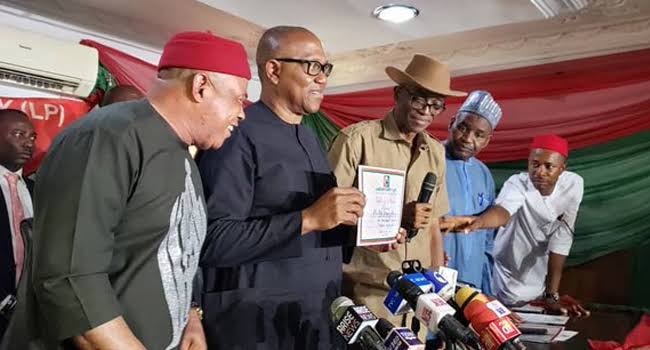 Peter Obi has received a certificate of return as the presidential candidate of the Labour Party (LP) for next year’s general elections.

The former governor Anambra State governor received the certificate of return from the party on Friday.

Before now, a faction of the party had elected a presidential candidate for the elections next year.

But the Nigeria Labour Congress (NLC) maintained that it only recognises the party’s presidential election which produced Obi as its candidate.

“The NLC and TUC are aware of only one presidential primary which was held in Asaba, Delta State on 30th May 2022 and produced HE Peter Obi as its presidential candidate and standard-bearer.”

He said the Trade Union Congress (TUC) and NLC gave their full support to the processes which produced Obi as the party’s presidential candidate.

“This, therefore, serves as a public disclaimer on Mr Calistus Okafor. We warn the general public to steer clear of Calistus Okafor and characters who might want to cash in on the popularity of the Labour Party to hoodwink, extort and swindle unsuspecting members of the public,” he warned.