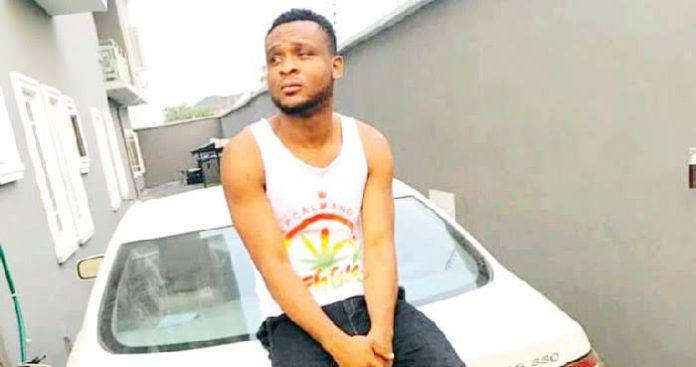 A 27-year-old trader, Ekene Ogbu, has been stabbed to death by suspected cultists in the Ojo area of Lagos State.

The victim reportedly sold phones at the Alaba International Market.

It was learnt that his sister, Irene Daniels, asked him to buy a drink at a location close to their residence on Olusegun Mustafa Street, Igbede New Site, Ojo.

Ogbu was said to be on his way when suspected cultists, identified as Bonaventure, T-Cash, Sugar, Bona, Choco, among others, accosted him.

Speaking to The Punch,  Daniels said she was pleading with the hoodlums to release her brother when Bonaventure allegedly stabbed him in the neck.

She said, “Around 11am on April 10, 2022, I asked Ekene (Ogbu) to buy a soft drink for me at a shop close to my house. After some seconds, a man forced his way into our compound and started shouting that Ekene would be killed. He also said he would set the house ablaze.

“I quickly confronted him to know the reason for his outburst, but he pushed me away. I ran after him and pleaded with him to leave my brother, but when I got outside, I saw that five cultists had held Ekene down.

“I was still pleading with them when one of them, known as Bonaventure, broke a bottle and stabbed my brother’s neck. He wanted to also stab me, but I dodged it and shouted for help. The suspects ran away, but I noticed one of them entering the house of a man, identified as Yinka.

“I rushed Ekene to the Oscar Hospital in my area, where he died. My landlord reported the case at the Ajangbadi Police Station and one of the policemen took Ekene’s corpse to a mortuary in Badagry.”

Daniels said she thought the police would immediately make arrests, but nothing was done.

The married woman noted that her brother-in-law later petitioned the Police Intelligence Response Team, Ikeja, when the investigation was being delayed.

She said, “They requested money before starting the investigation and after I paid, they arrested Yinka and one Darlington, but they were later released on bail. I learnt that my brother was killed out of envy.

“The case was later transferred to the State Criminal Investigation Department, Yaba, because policemen at the Ajangbadi division were reluctant to perform their duty for about a month.

“The police collected a lot of money from us, pretending that they would transfer the suspects to Abuja without telling us that they had released them. We want justice for my brother; he did not do anything wrong to them and he was not a cultist.”

The family’s lawyer, Margaret Iwuchukwu-Wilcox, while demanding justice for Ogbu, accused Yinka of orchestrating the events that led to the death.

She said, “After Yinka was released, he started announcing to people that he spent N3m to bail himself out of the police station. The police arrested some of the suspected cult members. The police interrogated them to determine the reason for the criminal act which late Ekene’s family is interested. We have not been informed that he was involved in any criminal act or if he was a member of their cult.

“Inasmuch as the police have tried their best to arrest some of the cult members, we want them to order Inspector Taiwo Adekunle to produce the two prime suspects, Yinka and Darlington, who were released on bail, so that they will be charged to court.”

The state Police Public Relations Officer, Benjamin Hundeyin, said the police at the Ajangbadi division denied knowledge of the incident.

He said, “I called the Divisional Police Officer of Ajangbadi Police Station, SP Hamisu Magaji, and he said there was no official report about the case of the man that was stabbed to death by cultists at Ajangbadi.”