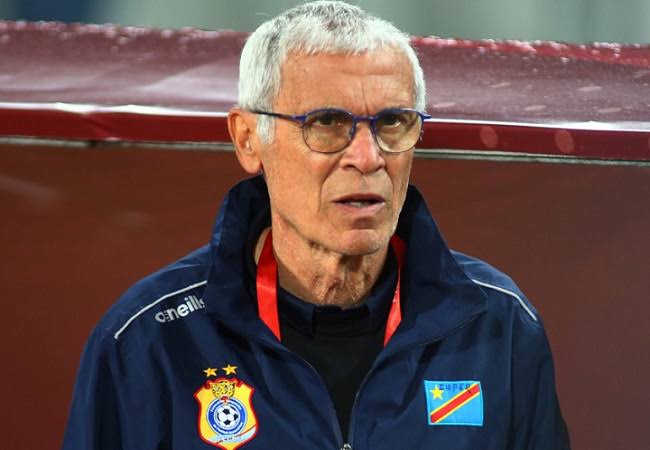 The 2-1 loss away to Sudan proved to be the last straw for the Central African country, who sent the Argentine packing.

Hector Cuper has been fired as head coach of the DR Congo senior national team.

The Congolese Association Football Federation announced this on Thursday after the Leopards suffered a 2-1 defeat to Sudan in a 2023 Africa Cup of Nations qualification match.

Goals from Waleed Al Shoala and Mohamed Abdelrahman helped the Secretarybirds silence the Central African nation at the Al Hilal Stadium in Omdurman.

Four days earlier, DR Congo had lost 1-0 to Gabon in their opening Group I encounter.

“We regret to inform you that we would like to terminate your contract as manager,” a letter to the Argentine tactician by Congo’s Sports Ministry said.

“We do not believe that you have helped improve the team as agreed in your contract.”

The 66-year-old – who had handled Valencia, Egypt, and Uzbekistan in the past – was named as head coach of the Leopards in May 2021 as a replacement for Christian Nsengi-Biembe.

That was his second stint in charge of an African side after his three years with the Pharaohs – a team he guided to the 2018 World Cup in Russia.

He was saddled with the responsibility of leading DR Congo to the 2022 Fifa World Cup Qatar. Unfortunately, that objective was not achieved.

Having finished as Group J leaders ahead of Benin Republic, Tanzania, and Madagascar, they set up a play-off against Morocco in the third round.

There, they bowed 5-2 to the Atlas Lions as the North Africans grabbed one of Africa’s tickets to the global football showpiece.

DR Congo are expected to announce a replacement coach in the coming days as they prepare to face Mauritania in September’s AFCON qualifier.

As things stand, the two-time African kings sit at the base of Group I with zero points from two matches played so far.

The country failed to qualify for the 2021 AFCON held in Cameroon and won by Senegal.

Their last outing was at Egypt 2019 where they crashed out in the Round of 16 after losing to Madagascar on penalties at the Alexandria Stadium.