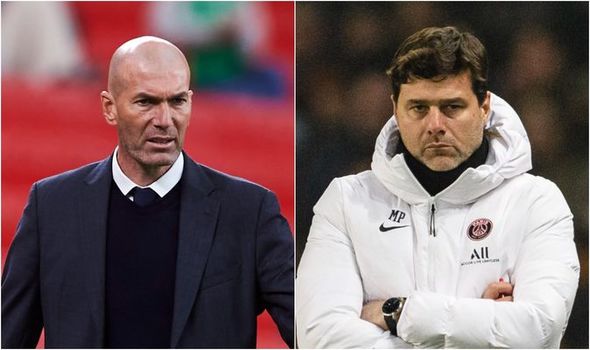 New Paris Saint-Germain chief Luis Campos is planning to appoint Christophe Galtier as the club’s new manager rather than long-term target, Zinedine Zidane, according to a new report.

Campos was unveiled as PSG’s new football advisor earlier this week – and his first task is set to be sourcing a successor for Mauricio Pochettino. The former Tottenham coach is expected to be axed by the French giants in the coming days, despite the fact that he guided them to the French title last term.

PSG’s disappointing performance in the Champions League – where they were dumped out in the round of 16 by Real Madrid – is believed to be the major contributing factor behind Pochettino’s impending dismissal.

Zidane has been persistently linked with the top job at the Parc des Princes, and has seemingly been the club’s primary target for a sustained period. However, the arrival of Campos looks set to change those plans.

According to a new report from Foot Mercato, Campos is keen on appointing Galtier to succeed Pochettino rather than Zidane. Together, Campos and Galtier masterminded Lille’s stunning Ligue 1 title success back in the 2020/21 campaign and the pair have ‘already discussed’ the project at PSG. Galtier is currently the head coach at Nice, but the 55-year-old has given the switch to Paris ‘the green light’.

The report goes on to outline that Campos was ‘assured’ that he would have total control over the club’s recruitment plans and that he would decide who would succeed Pochettino at the helm in Paris. And that means Galtier could get the nod ahead of Zidane – despite the fact that PSG’s Qatari owners are long-term admirers of the former Real Madrid coach.

Discussions between Zidane and the PSG hierarchy ‘have been taking place for months’ but no agreement has been reached, with Zidane thought to be keen on succeeding Didier Deschamps as the manager of the French national team if Deschamps stands down after the World Cup later this year.

Despite dominating domestically, PSG are desperate to finally crack Europe and break their duck in the Champions League. Zidane has an impeccable record in the tournament after winning Europe’s top prize three times during his time in charge at the Bernabeu.

But with Campos leaning towards appointing Galtier, the pressure will be on the former Lille man to replicate his domestic success in Europe if he does land the top job in French football.