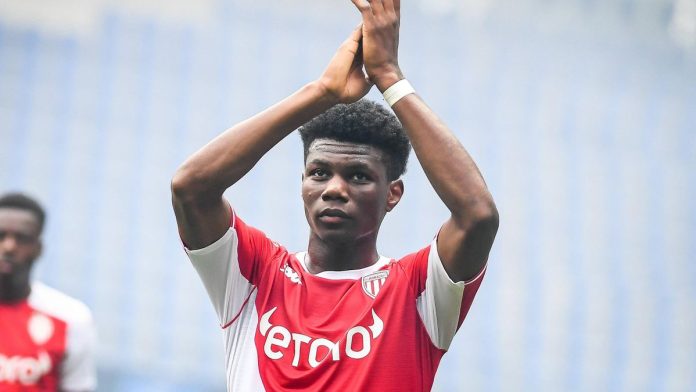 Real Madrid have signed Aurelien Tchouameni in a deal worth more than €100million (£85m).

The young midfielder joins from Monaco on a six-year deal.

Liverpool, Manchester United and Paris Saint-Germain had been linked with the France international and Jurgen Klopp reportedly failed in a late bid to convince the player to move to Anfield.

However, Tchouameni had his heart set on the Champions League holders and rejected a better financial package on offer at PSG to make to move to the Santiago Bernabeu.

READ ALSO: Mbappe says he will not go beyond his player role under PSG deal

The 22-year-old will be presented to the media on Tuesday.

An official club statement read: “Real Madrid CF and AS Monaco have agreed on the transfer of the player Aurélien Tchouaméni, who will be linked to the club for the next six seasons.

“Next Tuesday, June 14, at 12:00 at Real Madrid City, the presentation ceremony for Aurélien Tchouaméni as a new Real Madrid player will take place after the corresponding medical examination.

“Aurelien Tchouameni will then appear before the media.”