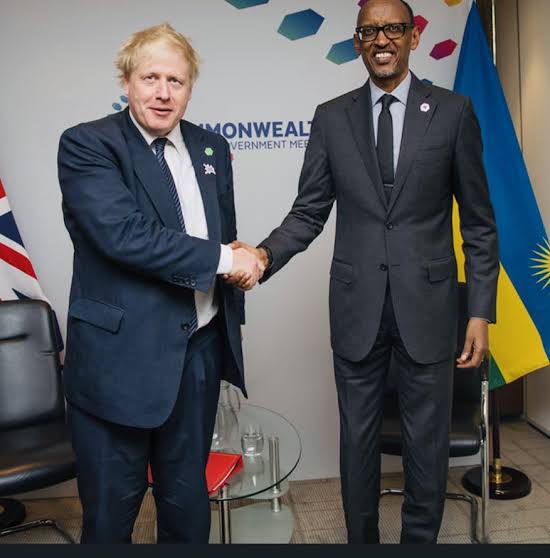 The Rwandan Government says it is ready to host the high-level meeting of Commonwealth Heads of State and Government, CHOGM, slated for June 20-25, 2022 in Kigali.

Rwandan High Commissioner to Nigeria, Stanislas Kamanzi, said this on Friday at a pre-CHOGM Networking Cocktail held in Abuja, the nation’s capital.

The stage is fast becoming set for the 2022 edition of CHOGM and Rwanda, a country of about 12.95 million people in East Africa is proud to host the high profile meeting of leaders in the Commonwealth of Nations.

The Commonwealth which is a political association of 54 member states, almost all of which are former colonial territories of the British Empire, has a mandate to among other things strengthen civil society in the achievement of Commonwealth priorities such as democracy and good governance, respect for human rights and gender equality as well as poverty eradication.

Kigali will come alive when leaders of the Commonwealth gather in the Rwandan capital for the meeting which was due to take place in June 2020 but was postponed twice due to the COVID-19 pandemic.

Indeed, it is going to be another convergence of global leaders who are expected to use the CHOGM 2022 meeting in Rwanda to reaffirm common values and agree on actions and policies capable of improving the lives of their citizens.

The Rwandan High Commissioner to Nigeria, Stanislas Kamanzi, further gave an insight into the programme of activities for the all important meeting expected to be chaired by the Queen of England, Elizabeth II who recently celebrated her platinum jubilee as monarch.

The British High Commissioner to Nigeria, Catriona Laing who was at the Abuja cocktail wants the Commonwealth countries to support member states in dire need of assistance

Nigeria is a major player in the Commonwealth of Nations and has over the years participated actively as well as made contributions towards achieving the objectives of the bloc.

Leaders of Commonwealth countries meet every two years with hosting rights being rotated among member countries. Since 1971, a total of 24 meetings have been held, with the most recent being in the UK. Decisions taken at CHOGM guide the work programme of the Commonwealth Secretariat.

The theme for CHOGM 2022 is “Delivering a Common Future: Connecting, Innovating, Transforming”. This theme highlights how the 54 member-countries of the Commonwealth family are “innovating, connecting and transforming” to help achieve some of its biggest goals, such as protecting natural resources and boosting trade.