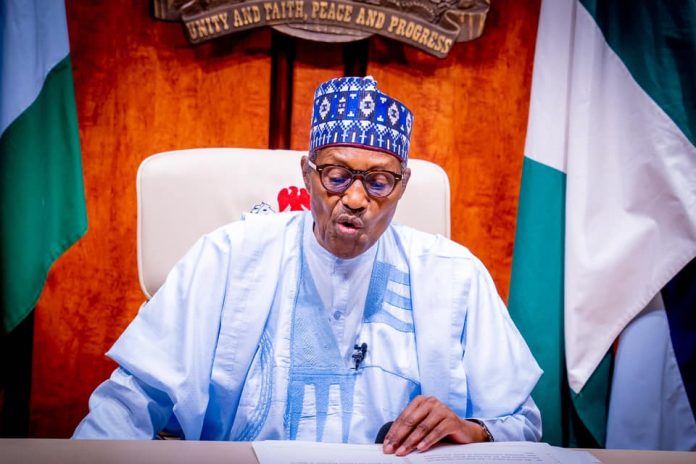 President Muhammadu Buhari has described why Democracy Day was moved from initial May 29 to June 12 as celebrating a ‘presumed’ hero of democracy.

While making a a televised speech on local television on Sunday, President
said Democracy Day reminds all Nigerians of a free election after which “the presumed” winner along with Nigerians were denied their right and their choice.

AF24news recalls that General Ibrahim Babangida, the head of Nigeria’s military government at the time of the June 12, 1993, election, interrupted the release of the election results on June 23, 1993, and later annulled the election, thereby preventing a return to civilian rule.

Today, the president has mentioned that Moshood Kashimawo Olawale Abiola’s victory was “a presumed one”, pointing out that there is no assurance that he was the winner.

President Buhari said :” Today, June the 12th marks another Democracy Day Anniversary and an occasion to celebrate freedom and unity of our nation.”

READ ALSO: I live with grief daily over spate insecurity in Nigeria – Buhari

” From 1999, we’ve consistently celebrated Democracy Day to mark the end of military rule and return of power and control to those freely elected by the people.”

“On this day, Nigerians recommit themselves to ensuring we protect and preserve the ideas of democracy.”

“This change was to remind all Nigerians one free election after which THE PRESUMED winner [MKO Abiola] along with Nigerians were denied their right and their choice.

“On June 12 1993, Nigerians saw the best of our season as we all went out to vote peacefully. By June 24th, 1993, we also saw the worst of our leadership as the elections were annulled.”