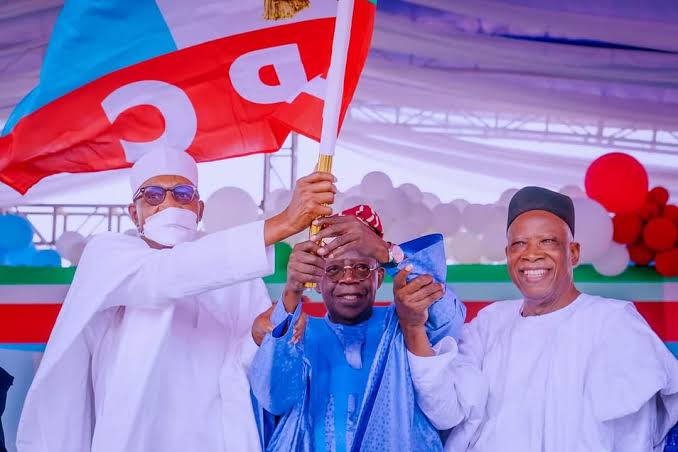 Following the deadline issued by the Independent National Electoral Commission ahead of the 2023 general elections, there are strong indications that the All Progressives Congress presidential candidate, Asiwaju Bola Tinubu may unveil his running mate on Wednesday, June 15.

According to Daily Independent, Tinubu would conclude consultations with the party’s stakeholders, including governors on Tuesday and would announce his running mate on Wednesday.

Recall that the APC governors and other stakeholders had agreed that the North-East should produce the vice-presidential candidate of the party.

Tinubu’s associate and Lagos Vice Chairman (Central) of the APC, Hakeem Bamgbala, in an interview with the Punch, confirmed that the party standard flag bearer would unveil his running mate in the next two or three days.

It was gathered that the North-East might produce the running mate, while the position of the Senate President would go to the South-East and North-West would produce the Speaker of the House of Representatives.

Bang ala said, “The issue of this Muslim-Muslim ticket is still speculation till the next two to three days (Wednesday) when the party will unveil Asiwaju’s running mate.

“It is not enough for anybody to just come out to say the APC is fielding a Muslim VP. Nobody has mentioned that. We are still looking at a credible northerner who can be a Christian too to pair with Tinubu.”