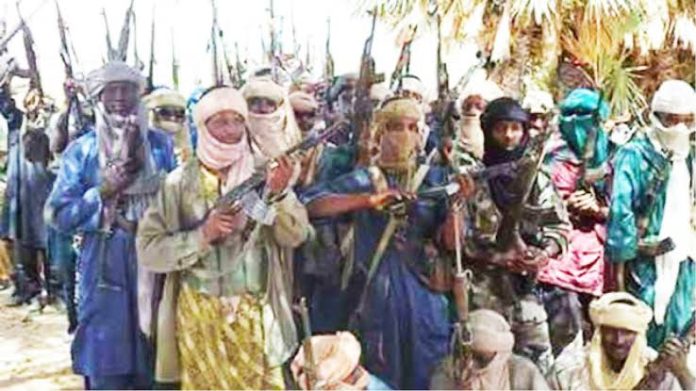 Bandits have attacked the Shola community in Katsina Local Government Area of Katsina State, abducting eight persons in the process.

A resident of the community told Channels Television via telephone that the community was invaded by the terrorists riding on motorcycles in the early hours of Tuesday.

AF24news gathered that the community which is located behind the newly converted Katsina Federal Teaching Hospital is vulnerable to attack due to its proximity to bandits enclaves located around Bugaje Community in Jibia Local Government Area of the State.

Although the terrorists did not kill or injure any of the residents, an eyewitness said that the terrorists moved from house to house, where they succeeded in kidnapping six men, one married woman, and her two-year-old baby girl.