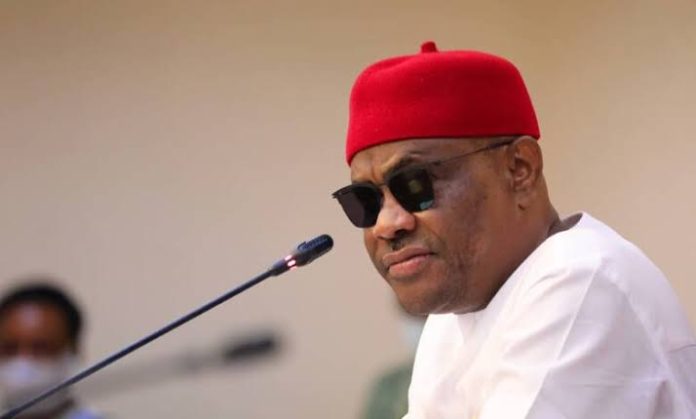 Governor Nyesom Wike of Rivers State has urged Nigerians to ignore the ‘manipulated video’ suggesting that he is on his way out of the Peoples Democratic Party .

The video circulating all over social media purports that the governor intends to defect from the PDP following his loss at the recently conducted presidential primary election.

In a statement on Wednesday by his spokesman, Kelvin Ebiri, the Rivers State Governor said the video making the rounds was an excerpt from a previous interview he had with regards to the defection of Ebonyi State governor, Dave Umahi from the PDP to the All Progressives Congress (APC).

In the said interview, Wike reacted to reason given by the Ebonyi State governor for his defection, dismissing it as untenable.

“The excerpt of the interview in circulation has been deliberately manipulated by some desperate and unscrupulous persons with obnoxious agenda.

“The intent of the video being circulated is to mislead the unsuspecting public, particularly members of the PDP,” the governor explained.

He urged the public to disregard the manipulated video.

Governor Wike further asserted that he has repeatedly maintained that he will never under any circumstances defect from the PDP, which has offered him the platform to excel in his political career.

The governor again urged the public to ignore the distorted video, adding that those behind it are desperately wicked and intend to mislead the public.

Wike assured all Nigerians that he remains a faithful, committed member of the PDP and will never leave it for ‘cancerous’ APC.