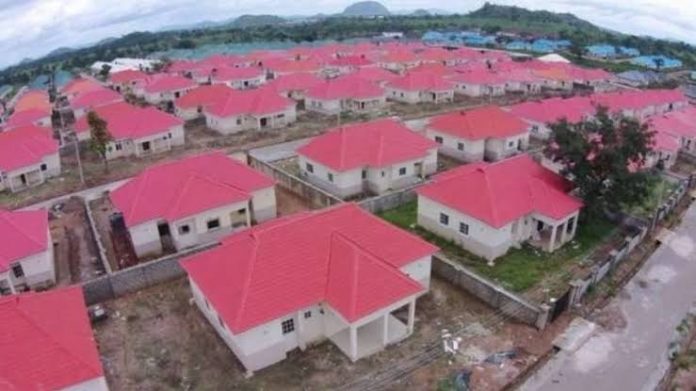 Fashola made the call while performing the formal handover of keys to beneficiaries of the first phase of the National Housing programme in Imo State.

He added that the housing units have been offered to the general public in a non-discriminatory manner and will be allocated on a basis of who applied first.

The Minister, who was represented by the Federal Controller of Works and Housing, Mr Daniel Dania said the programme had entered the completion phase.

He urged interested persons to go through the official portal to ensure their applications were not inhibited by any artificial obstacles.

He further noted that while outright payments are encouraged, it is not a condition of eligibility as there are flexible payment plans which include mortgages and rent to own options.

Dania disclosed that since the launch of the portal in November 12, 2021, over 12,387 applications have been received, out of which 694 has been approved.

He added that one person has fully paid for a house within the estate, many more have made part payments, while others are completing the mortgage processes

Earlier, the Permanent Secretary of the Ministry, Mr Bashir Alkali said the aim of the programme is the provision of a scheme that is affordable, accessible and acceptable.

Alkali represented by the Deputy Director of planning at the Federal Ministry of Works, Mr Emeka Onyetenu, added that the programme had created over 15,000 direct and 50,000 indirect jobs since inception.

He added that the ministry is currently undertaking the construction of over 6000 housing units in 45 sites, out of which 2,665 units have been completed in 35 States and the Federal Capital Territory.

Delivering a vote of thanks, a beneficiary, Mrs Rosemary Onyeneke commended the Federal Government for providing affordable housing for average income earners.

AF24news learnt that three former Super Eagles players benefited from the programme in March 2022 in fulfilment of the Federal Government’s promise made over 28 years ago.