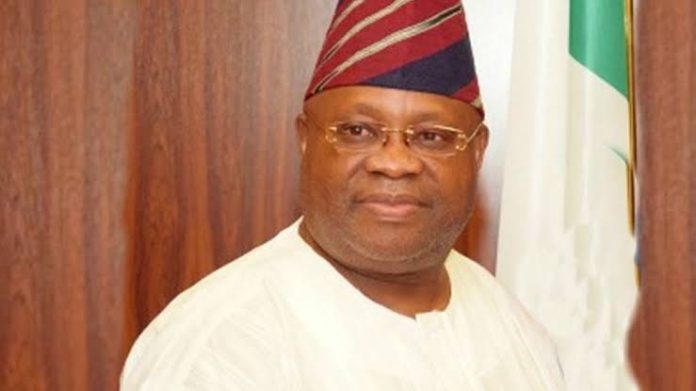 The immediate past Osun state Commissioner for Local Government and Chieftaincy Affairs, Kolapo Alimi, has predicted a landslide victory for the governorship candidate of the Peoples Democratic Party, Senator Ademola Adeleke, in the forthcoming poll.

Alimi, who served as commissioner during the two-term tenure of ex-governor, Rauf Aregbesola, as well as his over 2,000 followers defected to the Peoples Democratic Party in Osogbo on Wednesday.

Speaking on why he dumped the All Progressives Congress during a rally held to receive him into PDP, Alimi said he and many others considered as enemies were unfairly treated by the incumbent governor, Adegboyega Oyetola.

He, however, commended Adeleke’s good disposition to both friends and adversaries, and called on electorate to vote for PDP in the governorship poll.

He said, “In 2018, Senator Nurudeen Adeleke led us in first ballot with 353 votes. When the president (Major General Mohammadu Buhari (retd) came here, he said little about what happened then. He said we used remote control.

“Let me assure you, this time around, Buhari has said no more remote control. We should not be scared.

In his remarks, the PDP candidate, Adeleke, said many more people would join the party, adding that the new Electoral Act has made rigging nearly impossible.

He said, “I thank President Buhari for signing the new Electoral Law. That law has already reduced chances of rigging. Osun people are ready to defend their vote.

“I don’t think rigging will be possible. It is not by force, people have to decide, who they want and the person they want is me, Senator Nurudeen Ademola Adeleke .”